Panelists point to dangers facing journalists around the world 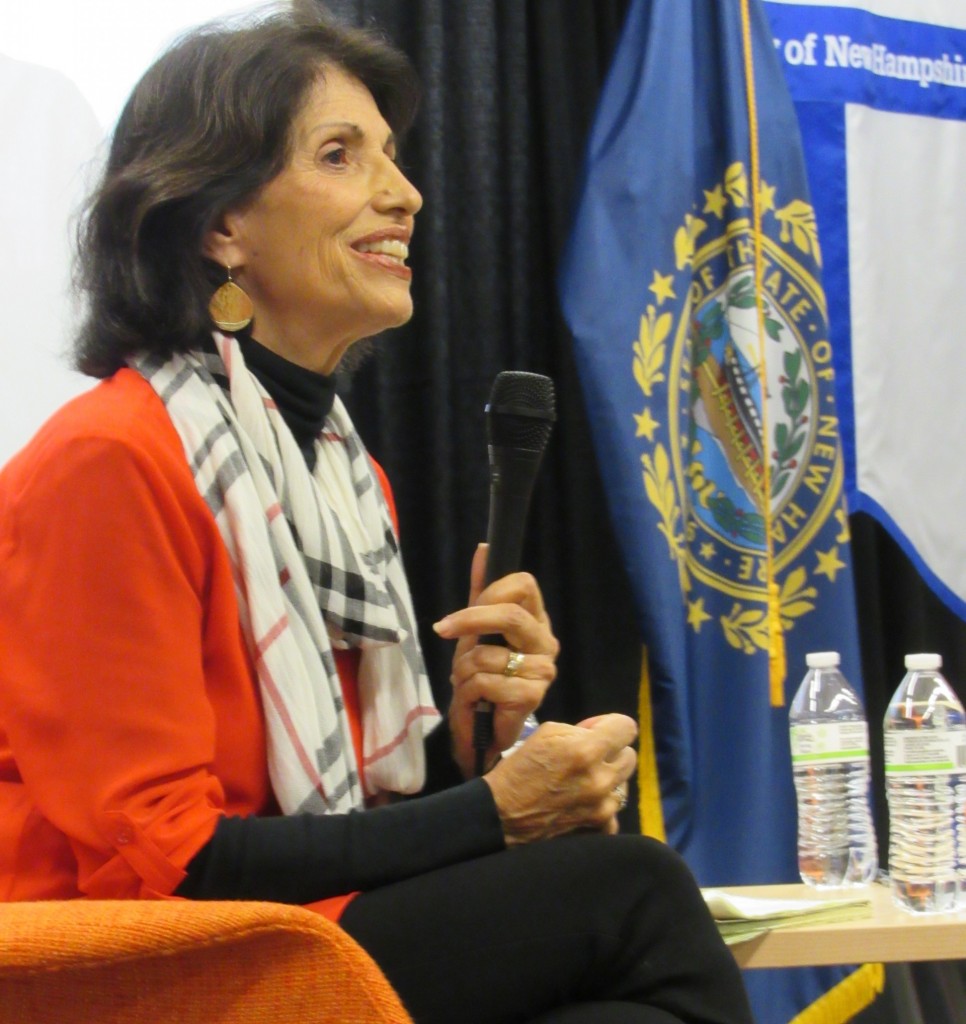 Diane Foley, whose son, journalist James Foley, was kidnapped and murdered by ISIS militants in 2014, says, ‘Without courageous journalists, we might not know what the true facts are.’ (Photo by John Angelo)

The World Affairs Council of New Hampshire hosted its Fall Forum Fundraiser at UNH Manchester on Nov. 2, a day recognized by the United Nations as an International Day to End Impunity for Crimes Against Journalists. The evening’s topic, “Justice for Journalists: Threats Facing a Free Press,” addressed both the threats to physical safety journalists are under and the larger threats to free speech.

Foley’s son James – who was born in Rochester and grew up in Wolfeboro – was a conflict journalist who was captured and executed in 2014 during the Syrian Civil War by a group of ISIS militants loyal to Syrian President Bashar al-Assad.

Both panelists noted the October announcement of the 2021 Nobel Peace Prize to journalists Dmitry Muratov and Maria Ressa. Muratov is editor-in-chief of Russia’s Novaya Gazeta, a newspaper often critical of the presidency of Vladimir Putin. Six of its journalists have been killed since 2000. Ressa has safeguarded freedom of expression in the Philippines under the often violent regime of Rodrigo Duterte, which has targeted journalists and a free press.

De la Serna – who covered international politics for 14 years, primarily in Spain and Japan, for the daily newspaper El Mundo – quoted Muratov: “First they come for the journalists, then you don’t know what happens.”

Foley spoke to the dedication of her son to work beyond the headlines and to get the frontline story of the people most affected. She said she was proud of his work to seek out individual Libyan rebels during the overthrow of Gaddafi’s government in 2011 – when he was also captured but later released – and quoted her son: “If you don’t have that moral courage, you don’t have journalism.”

The 2016 HBO documentary, “Jim: The James Foley Story,” views his life and work from the perspective of his friends and family. His capture, the efforts to release him and his execution, were the most covered events in the United States since 9/11. A $100 million ransom was demanded and a Delta Force and Navy Seal raid ordered by President Obama failed as the team came under heavy fire from Islamist militants. Details of the failed raid were kept secret at the time.

According to De la Serna, 87 percent of the murderers of journalists are never brought to justice, while 73 percent of all women journalists report being attacked and harassed. Worldwide, 65 journalists were killed in 2020; 1,200 have been killed since 2006.

“Murder can be considered the ultimate form of censorship,” de la Serna said. “We are going to seek justice for every case we ascertain.”

Both panelists spoke of threats to freedom of the press in the United States. De la Serna noted that the United States ranks 45th among 180 countries in the World Press Freedom Index. Both cited the rise of social media and the distrust of journalism during former President Trump’s tenure as wake-up calls.

“I took it for granted,” Foley said. “It’s important to learn what sources are giving us the facts. It is one of the big crises of our time. There is truth. We need great journalists to get it for us.” She cited disinformation about Covid-19 and climate change as costly false narratives that are provided a forum on social media.

McCarthy, a NHPR producer and host of the podcast, “Civics 101,” addressed a question from the audience about what readers and listeners can do to protect free speech.

In short, she said she saw education about the news and respect for people who report it as keys.

“Civics 101 gives our listeners context to learn how government works,” she said.

Foley told the audience about the extradition in September of two British jihadists responsible for her son’s killing to the United States. After Syrian Kurdish fighters captured them in 2018, the United Kingdom was hesitant to extradite Alexanda Kotey and El Shafee Elsheikh over possible death sentences in the United States. They had previously pleaded guilty.

Foley said she was “grateful to the dogged determination of the FBI” in pursuing Kotey and Elsheikh.

The James W. Foley Legacy Foundation has created a course in safety for journalists for students at Marquette University, the conflict reporter’s alma mater.