Trouble in Texas: Could it happen in NH?

There are three reasons it can’t, but that’s no reason to be complacent 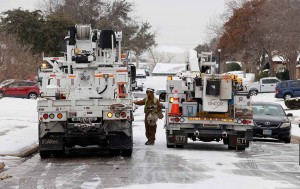 Whenever the lights go out, I reach for my smartphone. And it’s not to call in the outage to my electric utility.

I go straight to the phone app of our grid operator, ISO New England. Here’s what I always want to know: Is this The Big One – the entire bulk power transmission system across our six-state region brought to its knees?

So far, it’s always been something far more local – a tree making contact with a distribution line or a squirrel making mischief amid the transformers in a local substation. (The outcome is always bad for the squirrel.)

Thus, I get it why so many people in recent days have been asking me, in my capacity as the state’s ratepayer advocate, about Texas. As everyone from Ted Cruz to Ted Danson well knows by now, an extreme weather event (snow and bitter cold) brought the electricity grid in Texas to its knees beginning on Valentine’s Day. Thus began six harrowing days of rolling outages and other deliberate service interruptions (all while temperatures and conditions remained wintry) whose purpose was to avoid a total system crash that could have left the Lone Star State cold and dark for weeks.

Could it happen here? The short answer is: No. I have three reasons.

Our grid, run by the Massachusetts-based and federally regulated regional transmission organization (RTO) ISO New England, relies on generation facilities that are hardened against winter conditions. Ditto with natural gas pipelines, which also failed in Texas.

Our RTO is subject to federal regulation and oversight. The RTO in Texas, known as ERCOT (for Electric Reliability Council of Texas), has evaded federal oversight because it is electrically isolated from the rest of the country. That means no “interstate commerce,” which forms the constitutional basis for federal regulation.

Alas, though, Texas could have benefited from being interconnected with its neighbors when a staggeringly huge 30,000 megawatts of generation failed in the middle of the night on Feb. 14.

Finally, here in New England we have a capacity market whereas Texas does not. This is a big deal.

ISO New England operates two big wholesale power markets – the energy market and the capacity market. The price of wholesale electricity in New England is capped, in most circumstances, at $2,000 per megawatt-hour. Retail electric suppliers in New England are also obliged to buy capacity – basically, promises from generators to be available to produce when needed. That, by the way, is the reason the seldom-used Merrimack Station in Bow (the last coal generator in New England without plans to close) is still in business.

Now for the reasons we absolutely could experience something like a Texas-style electricity fiasco.

First, as Professor Jesse Jenkins of Princeton University’s Center for Energy and the Environment has said, every region must “think much more about what are our blind spots.” Sure, he pointed out during the Columbia University Energy Exchange podcast, “we know in New England you gotta have your fuel supplies on site because you know that the gas pipeline is gonna be a source of disruption. But what is it that New England is not thinking about just the way that Texas wasn’t thinking about the cold?”

Second, how appalling to read that some residential electric customers in Texas have been receiving monthly bills that run into the tens of thousands of dollars. These customers chose a retail electricity supplier that exposed them nakedly to the fluctuating wholesale price.

By way of comparison, Liberty Utilities is currently charging homeowners slightly more than 6.4 cents per kilowatt-hour for electricity here in New Hampshire.

As in Texas, electric customers in New Hampshire are free to choose an unregulated retail electricity supplier. A retail price at the New England cap of $2 per kilowatt-hour would be more than enough to drive a customer into penury. Some suppliers are already offering prices that fluctuate monthly; As utilities deploy more sophisticated meters, in theory some supplier could follow the Texas lead and vary retail prices in lockstep with wholesale fluctuations at five-minute intervals. Yikes!

Here’s something else to worry about.

Those businesses that would profit from additional investments intended to fend off a Texas-style crisis are certain to come out of the woodwork and start clamoring in the name of “reliability” or “fuel security” for toys that will find their way into the electric bills of New Hampshire’s customers.

“No region on the country can afford to have any schadenfreude here and say ‘Oh, yes, that’s just Texas,’” warned Cheryl LaFleur, via the same podcast (from Columbia University) on which Jenkins spoke. LaFleur is both a former utility executive and a former chair of the Federal Energy Regulatory Commission. More to the point, she now serves on the board of ISO New England, famous for clamoring in the wake of the 2013-14 polar vortex to force ratepayers to pay for new gas pipelines and free money to Mystic Station near Boston (because it relies on boats rather than pipelines for its natural gas).

According to LaFleur, it is important for every region of the U.S. to “look at how the markets are designed and how we can assure that the generators are able to recover the cost of the insurance we’re asking them to take out.”

By “insurance” she means spending by generators on measures intended to make them more resilient.

This is not to trash the former FERC chair; LaFleur is actually a fine addition to the board of ISO New England. My point, rather, is that one lesson I hope the nation learns from the unhappy Valentine’s Day in Texas is that we need to make our regional transmission organizations more publicly accountable.

Whether its ERCOT in Texas or ISO New England in our neighborhood, forcing these extremely powerful organizations to emerge into the sunlight will make our grid both safer and more cost-effective. 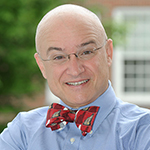