Beginning Aug. 23, municipal officials will have to begin adhering to changes, incentives under HB 1661 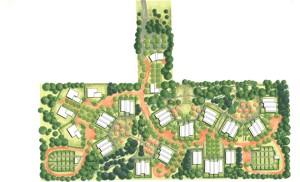 As New Hampshire’s school boards prepare for the school year, local planning boards are facing a different action deadline: Aug. 23. That’s the day towns and cities must start adhering to a package of new zoning and planning laws passed by the Legislature this year.

There are new deadlines. There are requirements for better explanations for approvals and denials. And there are mechanisms for towns to approve and help finance workforce housing, a key aim of the bill.

Towns and cities are already rushing to get up to speed. An Aug. 10 online webinar presented by the NH Municipal Association and the state’s Office of Planning and Development saw 400 town officials, planning board members and zoning board members log on for a detailed briefing – eight times the standard attendance.

Some municipalities, such as Keene, have already incorporated many of the required changes voluntarily.

“Much of what is in the new law we already practice,” said Jesse Rounds, community development director in Keene.

Others may need to step up their efforts.

Here is what’s about to change:

Some of the changes in the law, House Bill 1661, require town and city land use boards to be more upfront with residents and developers over how the process works.

The law requires that cities and towns post all fees necessary for land use permits somewhere in public.

It also requires that land use boards issue written reasons for an approval or a disapproval. Exactly how much detail the boards must give is determined by how controversial the application was, the law states. If a board fails to release written findings of fact supporting its refusal, the move will be grounds for automatic reversal in superior court.

Natch Greyes, government affairs counsel for the Municipal Association, noted that the land use boards should be acting in a “quasi-judicial capacity.” “You have to explain what you’re doing, just like a judge would,” he said. Those decisions might later be relied upon if a developer decides to appeal the decision, he noted.

“Obviously, if you’ve had the hearing if you’ve made the decision, really the written findings are just encapsulating what you discussed and decided,” Greyes said.

The existing statute already requires providing written findings of fact, but the potential for automatic reversal if a town fails to do so is new.

The new law attempts to speed up the decision-making process, potentially allowing for more approvals than usual.

The law also effectively grants planning boards up to 95 days to make a decision; it eliminates the ability for planning boards to get a 90-day extension. Any extension is now possible only if the applicant agrees to waive the deadline.

Meanwhile, appeals have more requirements. If the board acted with gross negligence, bad faith, or malice, then attorney’s fees may be awarded to the applicant. But if there was malice in appealing to the court, attorney’s fees could be awarded to the board. That latter case could happen if an applicant proceeded with an appeal even if they knew there was no reasonable basis for it, Greyes said. The former case could happen if a board demonstrated bias or prejudice against the applicant.

That means any developer submitting an application under the workforce housing statute can rely on the same provisions the town offers to older residents in its zoning ordinances, whether they are dimensional incentives or density incentives. That change will not take effect until next year – July 1, 2023. Towns that want to change their zoning ordinances will need to do so during town meetings next spring.

Noah Hodgetts, municipal and regional assistance principal planner at the state Office of Strategic Initiatives, said “it wouldn’t hurt” for towns to update their ordinances to clarify that the same incentives apply to both types of developments. The requirement affects zoning ordinances but does not apply to tax incentives.

It expands the definition of “public use” and allows the municipality to buy or acquire land for workforce housing through any existing process other than eminent domain.

And it allows towns to create “municipal economic development and revitalization districts” and apply them to workforce housing. That designation would allow municipalities to create a “tax increment financing” district, a mechanism that allows towns to help subsidize the construction of the development using future tax revenues generated by the property.

Part of the new law intends to increase awareness of existing zoning laws among planning and zoning board members across the state.

The Office of Planning and Development has created two 30-question multiple choice tests – one for zoning boards and one for planning boards – that will allow municipal employees and board members to demonstrate their knowledge of zoning laws. The tests allow those board members to receive a certificate for passing the test, and they also allow others to carry out the test anonymously, without credit.

There are no legal ramifications for not taking the test; if a planning board member doesn’t take a test, it will not be held against them in a lawsuit against the board, Hodgetts said.

The Office of Planning and Development is currently developing new training materials that it can offer to municipal employees and land use board members, Hodgetts said.

Modeled after the “Dover amendment” in Massachusetts, the law overrides any zoning ordinance that is deemed to prohibit, regulate, or restrict land or structures used primarily for religious purposes.

The types of regulations that towns may no longer impose on religious properties include “lighting, signs, noise, on-site and off-site drainage, erosion and sediment control, layout of streets and sidewalks, utility design and installation, open space, pervious/impervious area, landscaping,” and parking requirements, according to Municipal Association legal guidance.

Greyes said the law’s sparse phrasing and lack of defined terms makes it difficult to interpret. There are no definitions for what “primarily religious” or “substantially burden” mean. Some town officials asked whether they could stop a church that decided to host a firing range as part of its offered services. Greyes said the Municipal Association is not sure: If the property has a dual use, such as a store or a house, the determination may be tricky, he noted.

Both Greyes and Hodgetts said the law would likely have the biggest impact when it comes to parking around churches.

“This creates a huge exemption,” Hodgetts said. “There’s no two ways about it.”

As towns and cities align their practices with the new law, new developments are still likely to be approved on a case-by-case basis.

In Keene, city leaders are supportive of increasing workforce housing, Rounds said. The city is continuing to update its zoning district code to do so; it recently allowed mixed-used properties offering multifamily housing in its commercial district, according to Rounds.

“We’re now going back through the code looking for opportunities for: ‘Okay, can we provide additional incentives to develop innovative solutions, like putting workforce housing on the second and third floors of commercial buildings?’” Rounds said. “‘Are there other opportunities like that throughout the city that we can take advantage of?’”

But even with new deadlines and tools, the approvals will depend on the project, Rounds said. Even updating the code will likely continue to be piecemeal.

“We’re doing that sort of on a rolling basis and that’s going to be a forever project,” he said.