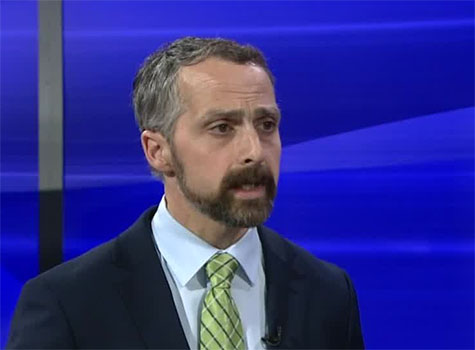 The department has paid out $21 million in benefits since March 24, with $10 million paid to 40,000 claimants last week, but it has been forced to delay the extra weekly $600 in federal money, which it had hoped to release this week, until sometime next week, Lavers said.

The holdup, he said, was partly due to the rush of claims and the need to clarify a number of issues, including the eligibility of self-employed individuals and what to do about those who refuse to return to work because they are worried about being exposed to coronavirus, since some of them can earn more collecting enhanced benefits then by working at their lower-paying jobs.

The cumulative 114,000 new claims is greater than, though not comparable to, the 97,000 claims reported by the U.S. Department of Labor on April 9.

For one, the time frames are different, with the federal numbers measuring joblessness from March 14 to April 4, and the state numbers cover March 17 to April 12. There may be other difference due to changing eligibility as well.

Either way, it is still a quantum leap compared to the 500 or 600 weekly claims submitted before the coronavirus pandemic threw the country into a deep recession.

In the first few weeks, claims are averaging about $260 a week, less than $333 average before the crisis, Lavers said.

“I attribute this to the fact that hospitality, food service and retail were hardest hit at the beginning,” he said, since those industries tend to offer lower pay and fewer hours.

Lavers had initially thought that the average would be higher because the self-employed people – including better-compensated business owners – are now allowed to collect under new eligibility rules.

It is still unclear how many new claims are being filed by owners of businesses who were included in expanded eligibility rules instituted by Gov. Chris Sununu’s emergency eligibility order of March 17 and the federal CARES Act starting on April 4.

Employment Security hopes to release that figure as well as claims breakdowns by industry and geography at the end of this week.

One question that keeps coming up is from those who stopped working to self-quarantine or to take care of their kids who are no longer in school. Originally, they could do this under the state emergency order, but things became a lot more complicated after the CARES Act kicked in

These questions are crucial to employers in critical industries that need employees, not just because of increased demands, but because many businesses are applying for Payroll Protection Program loans guaranteed by the U.S. Small Business Administration.

The SBA will forgive those loans only to the extent that the business uses at least three-quarters of the money to pay a workforce comparable to the size it was before the pandemic. If employees refuse to return, employers will have to pay that money back (albeit at a 1% interest rate) in two years.

However, with the extra weekly $600, some workers could actually earn more money collecting unemployment and avoid the risk of being exposed to the virus.

“If an individual that has a need quit employment as a direct result of Covid-19, does he still collect benefits without a health provider’s approval? That is a difficult category,” said Deputy Commissioner Lavers. He added is seeking further clarification from the U.S. Department of Labor.

Another complication is the Families First Coronavirus Response Act, which requires (and reimburses through payroll taxes) businesses that provide two weeks of sick leave and eight weeks of paid leave to employees who have to care for themselves, a loved one, or their kids sent home from day care or school. Some employers report that workers are refusing to take that leave, preferring to collect the more generous unemployment benefits.

Employment Security, however, is asking employees if they are offered that benefit, and if they are, then they are no longer eligible for unemployment.

Lavers also said that the agency Security getting some help in fielding the thousands of calls from possible claimants, including those who can’t apply online due to lack of internet access. The National Guard and other state agencies are helping to staff two call centers to handle basic questions, while sending the more complex ones to more experienced staff.

He also said that businesses won’t have to pay higher unemployment taxes this quarter despite the influx of claims. Their taxes were supposed to go up a quarter of a percent after the unemployment trust fund dipped below $300 million last quarter, but that was expected before the economic collapse.

There was some concern that it would go up further due to the rush of claims at the end of March. But while the number of claims was huge, the average claim was lower than expected, and the payout was at the very end of the quarter. The next quarter, which is based on claims made from April through June, is another story.

“This is a global crisis,” Lavers said. “It is not something that states can handle on their own.”