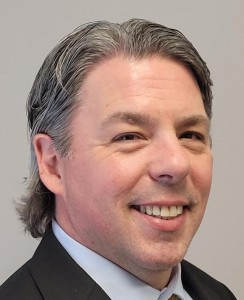 Since May, I have traveled to all corners of the state meeting with chamber of commerce leaders and learning about top issues facing their member companies. From Portsmouth to Colebrook, Nashua to North Conway, the answers were all the same: Lack of workers and lack of housing.

There may not be a greater long-term threat to New Hampshire’s economy than the lack of a diversified housing stock. Employers are struggling to fill open positions and soon it will slow the overall economy. The lack of affordable housing within a reasonable commuting distance to work is one contributing factor adding to staffing difficulties employers face. The Business and Industry Association, New Hampshire’s statewide chamber of commerce and leading business advocate, ranks the need for more workforce housing among its top issues.

BIA held its 2021 Forum on Workforce Housing: New Hampshire’s Housing Crisis and the Economy Wednesday, Oct. 6 in Manchester, a well-attended in-person event featuring expert panelists from across the state. Their message was clear: The lack of housing is impacting all areas of New Hampshire and a diversity of employers.

The stagnant supply of lower-cost workforce housing is a chronic issue, dating back at least 20 years. It’s now showing up in the most pronounced way. Employers can’t find workers because workers can’t find affordable places to live. They can barely find any place to live.

What housing goes to market sells at record prices in days. The state’s median home sale price rose above $400,000 this summer. The vacancy rate for apartments is less than 1% (5% is considered a balanced market), drawing tens of applicants for those that are available and driving up cost. Businesses are doing the best they can, pushing the state’s de facto minimum wage to and above $15 an hour. Many manufacturing companies are offering around $20 an hour or more. It’s still not enough.

There’s not much economy in a barren desert. People are the economy and declining populations lead to withering economies. New Hampshire is approaching that risk.

Manufacturers can’t fill orders in a timely fashion because they don’t have full staffing. This is true in the state’s populous southern tier and rural northern tier where an infusion of well-paying jobs would be a new economic lifeline. Many hospitality businesses can’t open for full hours due to the lack of workers; some are even closing.

Claira Monier, executive director of New Hampshire Housing from 1988 to 2007, recently told me those decades of growth, particularly in rural towns, prompted the rise in land-use restrictions. These restrictions effectively eliminated starter-home subdivisions of the ‘60s and ‘70s, giving rise to larger, more expensive homes, and many fewer of them.

As Monier told me: “If you want a stable community you have to have home ownership. That will foster community harmony. Homeownership is very important.”