The Kane Company acquires Class A office building in Hooksett 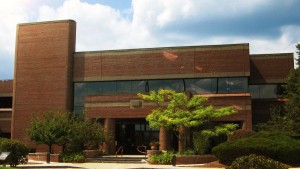 Portsmouth-based The Kane Company appears to be on a buying spree in the Manchester area, this time acquiring a Class A office building at the Central Park development in Hooksett.

The purchase price was reported to be $12.23 million.

The building sits on a 15.07-acre site with over 600 parking spaces and is close to Interstate 93.

Brian R. Doherty, Thomas Farrelly and Tom Sullivan at Cushman & Wakefield brokered the acquisition on behalf of the purchaser.

“We continue to identify and execute on high-value acquisition opportunities in this market, despite a significant black swan event in March that continues to reverberate across economic sectors,” said John Kane, principal of The Kane Company.

He said the firm “always value premier tenants” looking at commercial real estate deals “because they are an indicator of strength in a property’s market profile.”

In Kane’s acquisition of the Manchester Logistics Center near the airport, the longtime tenant is True Value Hardware, which houses its regional distributing center there.

The Hooksett property, he said, is 100% leased with a strong six-year WALT, or weighted average lease term.

Farrelly of C&W called the property “a very strong asset to hold long-term.”