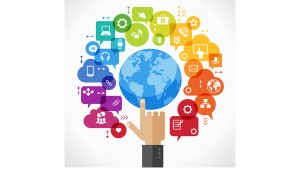 The U.S. Army has awarded L3Harris Technologies in Londonderry a five-year, $8.7 million contract to provide advanced weapon sight attachment prototypes for a Next Generation Squad Weapon, an optical attachment that automatically adjusts to the target based on built-in sensor data. L3Harris is contracted to provide 115 prototypes within seven months.

Creare LLC has won a $1.5 million Small Business Innovation Research grant from NASA that will be used for two projects. One is to create a novel unmanned aerial vehicle that will be designed to enhance NASA’s DragonFly mission to Saturn’s largest moon, Titan, and the other is to create a new chemical sensor that could be used for human life support systems on Mars. The SBIR award was announced by U.S. Sen. Jeanne Shaheen, D-NH, who is the lead Democrat on the Senate subcommittee that funds NASA.

Granite State Communications has been granted a $1.9 million loan through the U.S. Department of Agriculture’s ReConnect Loan Program, which provides funding to improve broadband service in rural communities. GSC will be using the money to make investments in services in the towns of Hillsborough, Deering and Washington.

PureFacts Financial Solutions, a Toronto-based provider of wealth technologies, has acquired VennScience, a full-service Salesforce consultancy headquartered in Portsmouth. The companies will share their North American sales teams with representatives in Boston, New York and Toronto, along with a representative in London.

SilverCloud Inc., Portsmouth, has announced that Altamaha Bank & Trust of Vidalia, Ga., has implemented the company’s consumer support solution to provide customers with 24/7 automated self-service across all digital channels. With the solution, customers are guided through the website, mobile and online banking avenues with consistent, engaging answers via search, contextual FAQ widgets and chatbot.