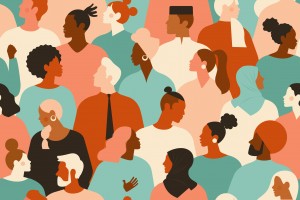 A global survey of over 200,000 people by Lebanon-based Appcast has found that more than half of U.S. respondents – 51% – say they would exclude a company from their job search if its values and stance on diversity and inclusion didn’t match their own.

The percentage was even higher among respondents who were 30 and younger, according to the survey, which was conducted in November and December 2020 by Boston Consulting Group.

Overall, the Appcast survey found, diversity and inclusion, or D&I, became more important over the last year, with 63% agreeing that it has. Once again, a higher percentage – 72% – of respondents 30-and-under said it has become more important in the past year.

The survey also provides a snapshot of American work modes over the last two years.

The survey also measures job preferences. U.S. respondents ranked their desire for “good work-life balance” as their top priority, followed by “job security” and “financial compensation. Workers surveyed globally put “good relationship with colleagues” at. the top of their, followed by “good relationship with superior” and “good work-life balance.”