Limited 1-gigabit access puts city at No. 24 in national ranking 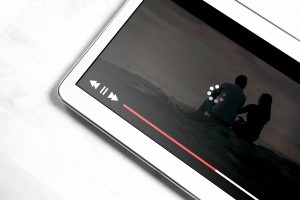 Editor’s note: This article has been revised to include Comcast’s response to the AdvisorSmith report.

It may not come as a surprise to residents of the Queen City, but a newly published study shows that Manchester has among the slowest internet speeds measured in cities its size across the country.

The study, “Cities with the Fastest and Slowest Internet Speeds,” was released by AdvisorSmith, a business insurance research firm, which researched connection speeds in 3,983 small, midsize and large cities in the U.S.

To come up with the rankings, the study calculated the percentage of residents with access to 100 Mbps, 250 Mbps, and gigabit internet. With only 0.1% of residents having access to 1-gigabit service providers, Manchester was found to have the 24th slowest internet speeds among all mid-size cities.

According to AdvisorSmith, an average of 27% of residents in midsize cities have access to gigabit internet providers.

But Comcast, among the largest internet providers in the nation as well as New Hampshire, disputes the study’s findings, saying in a statement that “all Comcast customers in the City of Manchester and, in fact, the state of New Hampshire, have access to multi-gigabit speeds”

The company, which says it’s “the nation’s largest gigabit Internet provider and continues to be a leader when it comes to providing the fastest speeds to the most people,” pointed to its fiber-based networks, which are among “the most extensive” in the country and the firm has “invested to make broadband widely available for decades, delivering speeds from 25 Mbps up to 2 Gbps for residential customers and up to 100 Gbps for business customers, throughout 104 Granite State communities – who have had access to gigabit speeds since 2017.”

In fact, the company said, it “has invested more than $620 million in its technology and infrastructure serving New Hampshire to stay ahead of consumer demand.”