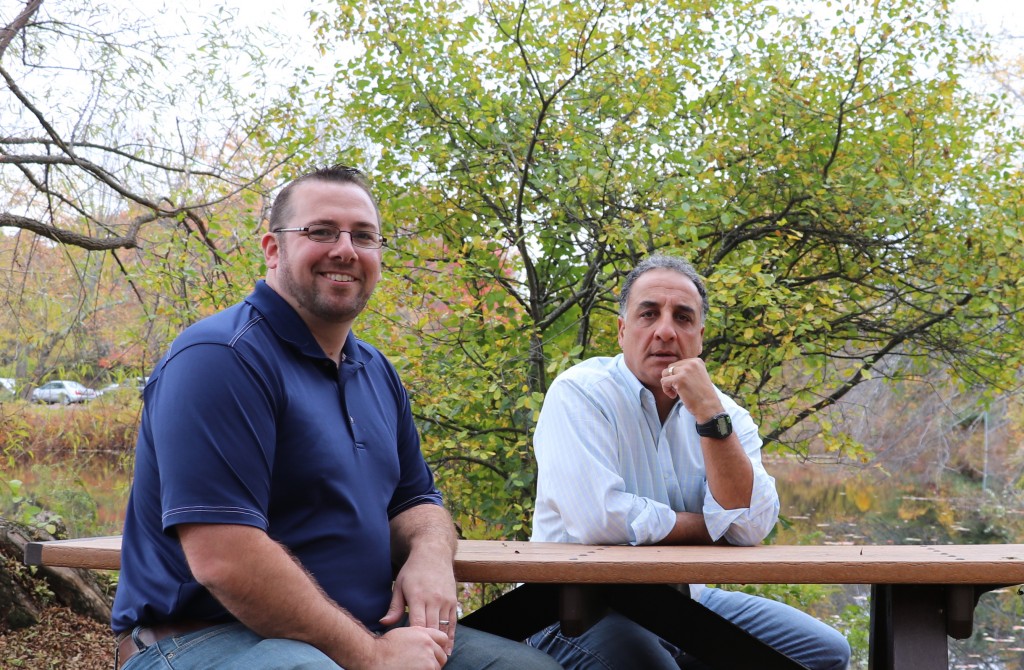 Although most of its customers are still operating, Datanomix, a Nashua-based developer of manufacturing efficiency software founded in 2016, has had to delay scheduled installations since no outsiders are allowed in manufacturing plants.

“We had a very good first quarter,” said co-founder and chief technology officer Greg McHale, who noted the company is still conducting virtual demonstrations to potential customers. “We had over a dozen new installations since that time period and looking like we were going to be able to double or triple that number quarterly based on what’s in the pipeline, and then we got hit with the coronavirus.”

“Some of our partners have seen delays or completely shut down their internal operations, which affects our timeline and revenue,” said Avitide CEO Kevin Isett. “They’d love to be back up in May, but it could be in June, and they just don’t know, depending on where they are and depending on the cases of Covid in that area.”

But Avitide, which was launched in 2012, did find itself with a new opportunity — working with one partner to apply its purification technology to develop and upscale the manufacturing of a vaccine for Covid-19. It could likely sign more deals in this realm, said Isett.

“While it’s opportunistic on one hand, it’s challenging on another,” said Isett. “Certain business lines seem to be getting traction, others are experiencing delays, so it’s bittersweet.”

How businesses, and startups in particular, will survive this unpredictable economy “really depends on what industry they’re in, the stage of their activities and nature of their operations — how much cash they have on hand, whether they’re currently profitable or burning cash,” said Phil Ferneau, co-founder and managing partner of Hanover-based venture capital firm Borealis Ventures. 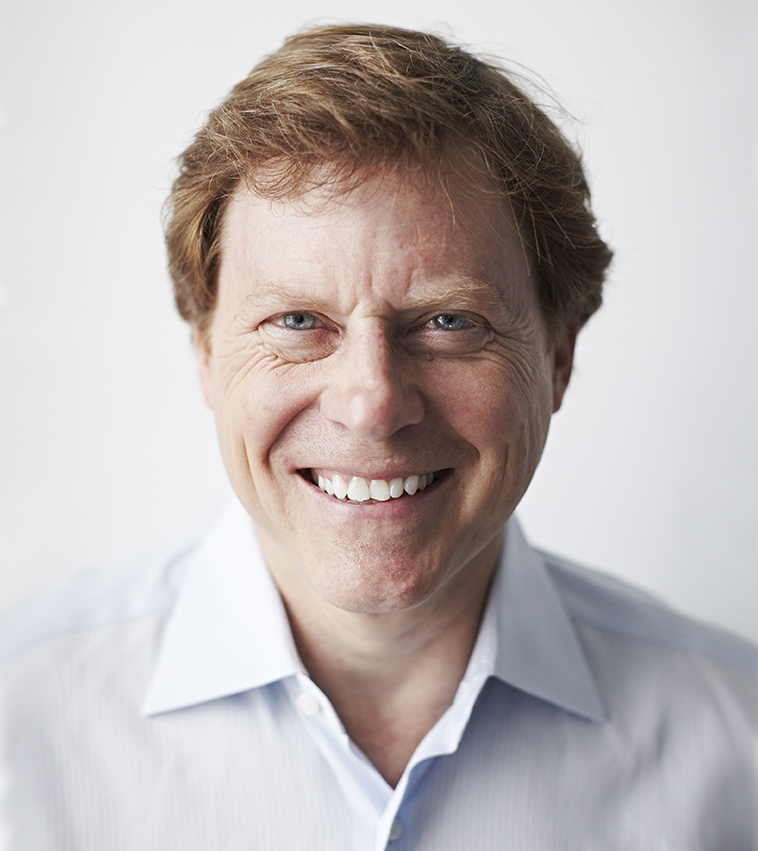 He has encouraged his portfolio of companies to work on refining their business model to be better poised for when the economy and markets pick up again and the changes that will likely come.

“What were the assumptions about the world before and how would they be adapted for the world coming out of Covid or with Covid? Will our customers operate differently? Will their priorities be different? Will buying considerations be affected by this?” said Ferneau. “For some companies this is accelerating trends they were counting on. If you do telemedicine, this has been a great way to accelerate market shifts you were counting on.”

But, he added, “there have been sectors that have seen their revenue fall off totally.”

“Someone selling to the travel industry or hospitality or restaurant industry — these are startups that are really hurting,” said Kyle York, CEO of York IE, a Manchester-based investment company he co-founded last year.

One of the companies it has invested in is a Charlestown, Mass.-based company called Mayflower Venues, whose software helps wedding and event venue management.

“Obviously, there are no large gatherings and weddings are being postponed,” said York.

“Retail is a toss-up,” said Jeffrey Sohl, a professor at the University of New Hampshire and longtime director of its Center for Venture Research. “If it’s a heavy online presence, which a lot of retail is, well that might be OK. But I think it would be tough to launch any retail now because of the noise, a lot going on in everybody’s mind right now.”

Forcivity, a Manchester-based company founded in 2015 that implements Salesforce software, has seen clients in the hospitality field drop off, financial services take a hit and those in the K-12 education software space become unresponsive as they frantically provide support to their own customers thrust into the world of total virtual learning, especially as fall semesters hang in the balance.

“I’m just in the mode of maintaining what we have right now. We had some pretty aggressive sales growth projections in place when we came into 2020, and those quite honestly are gone now,” said CEO and founder Steve Baines. “We’ve had some customers who have slowed things down. We have some that can’t pay a bill, and we’ve had others ask us to cut their rate. Luckily, we went into this with a large backlog of work and decent cash fusion, but that’s not going to last forever, so we’re aggressively pursuing new clients.”

CPA Kyung Kim, a partner at Wipfli, usually recommends that businesses have three to six months of cash on hand. For many small businesses, the shorter end of that spectrum is a more realistic goal, if it’s even possible.

“Some of our nonprofit clients usually breakeven, so even though they may have some savings, they’re having a hard time, especially when the demand for their services has increased with this pandemic,” she said.

And now, said Kerry Primmer, state director of SCORE, “most small business people have no revenue coming in.”

The volunteer-led organization, staffed by mostly retired business executives, has fielded 200 to 300 mentoring requests per week since mid-March, and nearly 40% are reoccurring clients. Primmer has been working with businesspeople who are not only managing payroll issues but also figuring out how to work with suppliers that want payment.

“This tells you how fragile our business community is,” said Primmer. “There isn’t a lot of cash reserves. A healthy, vibrant business under normal circumstances might have 45 to 60 days of money.”

Congress has allocated additional funds to support business advisory organizations. While none of that money will be allocated to SCORE, some is going to another program under the umbrella of the U.S. Small Business Administration — Small Business Development Centers.

The NH SBDC has a team of 17 paid advisers who have supported more than 2,500 businesses through one-on-one advising over the past six weeks, with several hundred more quick phone calls and emails answered. 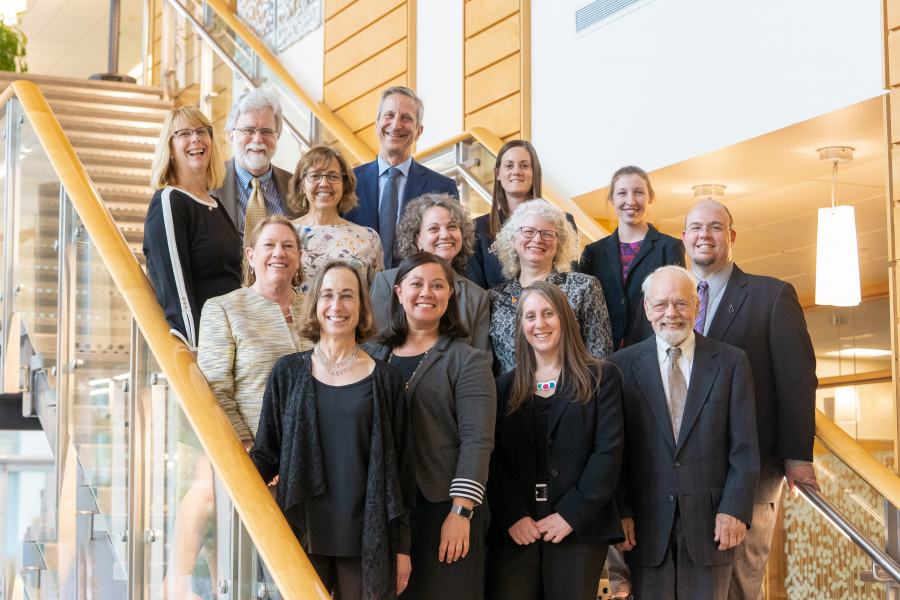 The NH SBDC’s team of advisers have supported more than 2,500 businesses through one-on-one advising over the past six weeks, with several hundred more quick phone calls and emails answered.

“I get emails every day. I have clients I haven’t spoken with in five years, 10 years and a new client every single day,” said Hollis McGuire, an SBDC adviser who has been with the organization for more than 16 years.

In some cases, McGuire has advised sole proprietors to collect unemployment to eke through tough financial times — an option uniquely available this time.

“The smallest businesses are struggling the most, and they are calling about help,” said McGuire, who advised other businesses to reach out immediately to the SBDC about concerns while there’s still time to adjust their plans.

With $1.28 million in additional supplemental funds, SBDC has also been tasked with helping businesses create resiliency plans to prepare for any extraordinary circumstance that could interrupt their business operations by affecting supplies, the manner in which they manufacture goods, or how they deliver goods and services to their customers.

“We weren’t expecting this — I don’t think anybody thought something of this magnitude could shut down the economy or significantly halt the economy as it has,” said Liz Gray, state director of the SBDC. “We at SBDC need to help businesses develop that resiliency plan because we don’t know when the next challenge will come.”

In the meantime, Kim recommended that businesses conduct a cash flow analysis for different scenarios to determine what cash could be made available by deferring rent or other expenditures. In some cases, businesses must cut back or defer benefits payments.

Forcivity “pulled back two benefit programs literally the week after we rolled them out,” said Baines, who retained the employee healthcare plan but has cut for now the flexible spending accounts and dental insurance.

“It’s not that they were substantial costs to us, but they add up. Suddenly that’s a person, that’s a salary’s worth. It’s hard as a business leader to roll something out people get excited about and a week later say we’re kidding, but they were very understanding,” said Baines. “They look around and they see the landscape and they realize a lot of people they know don’t have a paycheck right now. My goal is to keep everybody employed.”

Baines said he applied for a Paycheck Protection Program loan, but didn’t get it in the first round.

Ferneau pointed out there’s a significant difference between companies at the point of generating revenue and startups that are still in the building phase.

“If you had the good fortune to close a round early in the year, before Covid, you literally could have two to three years of cash, and so you’re not expecting to raise money for another year or two or more,” said Ferneau. “If you’re in that situation, you’re sheltered from the near-term economic fallout. It’s not that you’re unaffected, because it may be your customers are affected or team affected in the short term.”

However, some companies may need another round of financing they weren’t expecting to reset growth plans as businesses curb buying or their product launch is delayed due to remote working arrangements, and “if you’re looking to raise capital in six months, your prognosis just took a hit.”

“Would-be angels tend to pull back more than institutional investors in these markets just because they’re feeling the liquidity pressure,” explained Ferneau. “They’re probably not seeing their other investments exiting, their existing portfolios may require more capital, and that tends to leave investors to pull back a bit because they’re investing their own capital and it’s more finite than institutional capital.”

Sohl said investments “will be more follow-on versus new, to keep the portfolio companies going. It may shift out of the seed, startup stage just because of what’s going on, so it’s not good for the whole ecosystem.”

Ferneau also predicted that company evaluations will trend down to a more realistic level, and investors’ pickiness will raise the bar for businesses to be stronger.

“Raising money is rarely easy, but I think it’s going to be harder now,” said Ferneau, pointing to “the challenges of raising capital when it’s not face-to-face.” 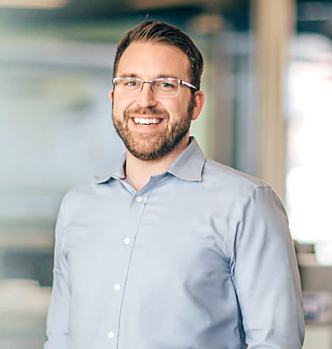 “You’re definitely seeing a slowdown in brand new VC meetings,” said York, “given that people tend to like to have multi-hour sessions face-to-face and get to know the companies they’re investing in to build that report and trust.”

That’s hard to do via Zoom meetings, said Ferneau, who’s had discussions with other investors about what dealmaking might be like in “the new normal.”

“It’s going to drag out the process, because people hope if they wait long enough they can meet face-to-face, or [require] more virtual interactions to have enough consistent data points to invest in somebody they only know via Zoom,” said Ferneau.“ It’s really a good reminder to entrepreneurs to build relationships before you raise money. If you haven’t had the benefit of that prior interaction, you’re starting cold, and it’s harder to start from scratch virtually.”

For the moment, investors are more focused on “portfolio triage,” he said, advising startups they’re currently invested in to ensure they’ve adapted to remote working and changing markets.

York and Ferneau said they are already talking about growth outlooks and expenses heading into 2021.