Senate-backed bill would lead to federal funding for discrimination investigations 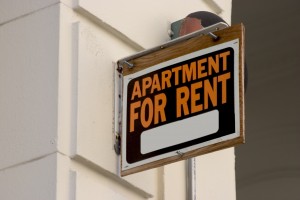 While many Granite State homebuyers and renters are being priced out of the market, some face a more surreptitious barrier to housing: discrimination.

In March, the New Hampshire Senate voted unanimously to revise the state Fair Housing Law through Senate Bill 126. The bill is intended to win federal funding for housing discrimination investigations. However, SB 126 could meet resistance in the House, where some legislators look suspiciously on federal government ties.

SB 126 is a combination of three different proposals related to housing. First, the bill revises the circumstances under which a tenant can stop eviction by paying overdue rent. Second, the bill enables rental assistance prior to an eviction notice. Lastly, the bill rewrites New Hampshire’s Fair Housing Law.

New Hampshire’s Fair Housing Law generally prohibits discrimination in renting and real estate transactions. For example, it is illegal under the Fair Housing Law to say “white women only” on a rental advertisement. The law also prohibits more subtle forms of discrimination, such as a landlord only showing one building to renters with children and one building to single adults.

SB 126 does not change the substance of the state’s Fair Housing Law, but it adds some new language. For example, the bill specifically prohibits various activities that support “blockbusting”: scaring homeowners into selling cheap based on claims that an undesirable minority group is moving into the neighborhood.

Arguments for a federal match

Roughly half of states – including every other state in New England – participate in the federal Fair Housing Assistance Program.

No one testified against SB 126 before the Senate Commerce Committee, but past attempts to update the state’s Fair Housing Law have met resistance.

For example, the Senate killed HB 1143 in 2014 when the U.S. Department of Housing and Urban Development expressed concern over whether some of the language would match federal law.

Then-state representative Joseph Hagan wrote, “this bill is an additional surrender of sovereignty to the federal government in exchange for a not guaranteed transfer of federal funding.”

Citizens Count is a nonprofit serving the New Hampshire community by providing objective information about issues, elected officials, bills, elections, and candidates. This article is being shared by partners in the Granite State News Collaborative. For more information, visit collaborativenh.org.