Identical bills making their way through Senate and House 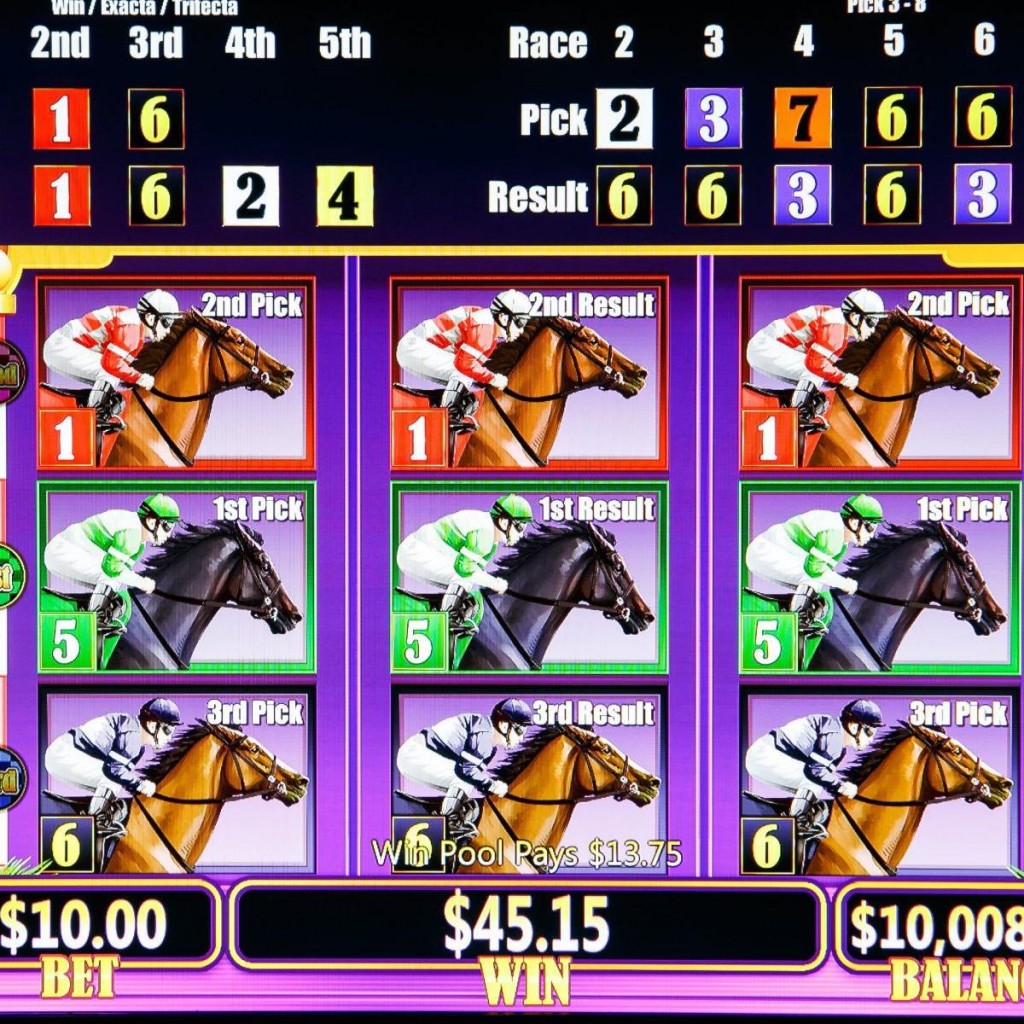 There’s been a lot of talk about gambling in New Hampshire in recent years, from sports betting to keno and proposed casinos. Recently, historic horse racing has gained traction, and this year there are several proposals to legalize this form of gambling.

When you hear the term “historic horse racing,” you may imagine some sort of historical quaint reenactment involving horses at an old-fashioned race track. In reality, historic horse racing is a form of gaming done at an electronic terminal similar to a slot machine.

First, the gamer deposits his or her wager into the machine. The computer then randomly selects a race from a video library of historic races, without telling the user where or when that race originally took place. The user does get to see information about the jockeys’ and trainers’ winning percentages, however. There’s also an option for the computer to automatically make a selection on the user’s behalf. Then a video of that historic race plays and the bettor finds out if their horse won.

Winnings are decided based on a traditional parimutuel process. In a parimutuel game, the user’s initial wager is divided between several different betting pools. For example, there might be a pool of money for users who correctly pick the winner of the race, for picking the correct order of the top three finishers, and so on. If the user wins any of these, they get the winnings from those pools. If not, the money keeps building up in those pools until a gamer wins a payout.

What’s in the bills?

There are three 2021 bills to legalize historic horse racing in New Hampshire: Senate Bill 112, House Bill 626, and part of the budget bill HB 2. All three bills have identical text.

The bills begin by adding “historic” horse and dog racing into the existing regulations related to other types of live or electronic wagering. Those wishing to maintain historic horse racing terminals would need to already be a licensed game operator (there are currently 16 licensed operators in the state). Gaming terminals would only be allowed to feature pari-mutuel games. Terminals would need to have been tested by an independent testing lab approved by the gaming commission to ensure the games are fair. Wagers would be limited to a maximum of $25.

A portion of proceeds from these wagers would help fund services for those struggling with a gambling problem. Another portion would be set aside for charitable organizations, with preference given to local charities. An even larger portion would go to state education funding. This is similar to the breakdown of revenue for other forms of gambling in the Granite State.

Benefits for the community

Some proponents argue that these bills would have a positive impact on the community because they would provide more money for the state’s charitable organizations. In fact, during the hearing for SB 112, representatives from numerous charities across the state testified about the positive impact this bill would have on their ability to raise revenue. The games would also bring in more money for local operators and for the state’s problem gaming initiatives, not to mention statewide school funding.

In a fiscal note for HB 626, the Lottery Commission estimated that historic horse racing could generate over $5 million annually for charities and over $10 million for school funding.

(While Citizens Count does not take a position on issues, we are one of the many 501(c)(3) nonprofit organizations that currently benefit from charitable gaming.)

Opponents argue that these sorts of games are particularly addicting. While “historic horse racing” may conjure up images of majestic animals racing at the Kentucky Derby, in reality historic horse racing terminals are very similar to slot machines. The Covid-19 pandemic has also led many to experience social isolation, job loss and stress, all of which are risk factors for compulsive gambling.

Last year, The National Council on Problem Gambling received 443 calls to its 24-hour helpline from New Hampshire, an increase of 24% compared to the year before.

This year’s bills also have a higher bet limit ($25 versus $10) than bills from previous years.

Lastly, opponents also argue these bills are a cheap deal for charities; the primary beneficiaries are the state and the game operators. There are plenty of ways to support New Hampshire’s charitable organizations without expanding gambling in the state.

SB 112 passed the Senate April 1, while HB 626 and HB 2 both passed the House on April 7. All three bills will have more public hearings, but the House and Senate have yet to put them on the schedule.

Citizens Count is a nonprofit serving the New Hampshire community by providing objective information about issues, elected officials, bills, elections, and candidates. This article is being shared by partners in The Granite State News Collaborative. For more information visit collaborativenh.org.