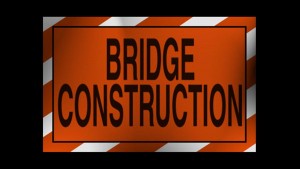 Citing the need to address the state of the nation’s crumbling network of bridges, U.S. Sen. Jeanne Shaheen, D-NH, has reintroduced the Strengthen and Fortify Existing Bridges Act, which would authorize $2.75 billion a year for a program dedicated to repairing and replacing bridges in poor condition.

In its 2021 Infrastructure Report Card, the American Society of Civil Engineers, said at least 42% of all bridges in the U.S. are at least 50 years old, and 46,154, or 7.5%, are considered structurally deficient.

In New Hampshire, the senator said, the situation is even worse: 8.6% of the state’s bridges are structurally deficient.

She said that, although bridge repair projects are eligible for funding under current programs, there is no funding source dedicated specifically to the substantial backlog of deficient bridges.

“For far too long, our bridges have been neglected, jeopardizing public safety and everyday travel for families in New Hampshire and across the nation,” she said.

She said her bill presents “an opportunity to both strengthen our public safety and create jobs.”

In an interview with WMUR-TV, the senator said, if approved, the program would “help address about half of the structurally deficient bridges in the country.”

Sen. Maggie Hassan, D-NH, is a co-sponsor of the legislation, along with Sens. Bob Casey, D-Pa., Angus King, I-Maine, and Sheldon Whitehouse, D-R.I.