FBI estimates scammers ripped off about $1 billion from would-be U.S. lovers in 2021 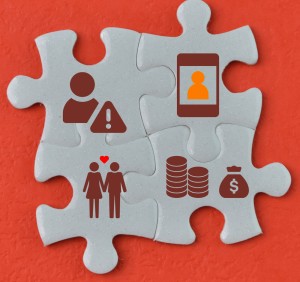 Jeanne Aikens was a widow in her late 60s when she found a new love. Or so she thought.

Aikens, who was living in Fremont, NH, at the time, had nursed her husband through Parkinson’s disease until his death a few years earlier, and she was ready to start dating again. Aikens, a nursing manager at Boston Children’s Hospital, met a man called “Logan” through a dating site in 2018 and found they had a shared interest in running for fitness. Or so she thought.

Over a few months, they became friendly online, through text messages and phone calls. “Logan” professed his love for her, and they planned to meet in Boston, not far from her New Hampshire home. But first, he needed money.

Spinning a tale of being delayed in Great Britain on a work trip and needing cash, he persuaded Aikens to wire him money several times—eventually totaling more than $200,000. Her family tried to warn her, her banker questioned the withdrawals, a co-worker was aghast, but Aikens stood by her love.

“I wasn’t worried about the funds because he always said he would pay it back. He always agreed,” she said in a phone interview from her new home in Arizona. “He asked me to send him a spreadsheet with an accounting of all of the funds. What was I to worry about? I sent him a spreadsheet.”

But eventually, the plot unraveled, leaving Aikens embarrassed, ashamed and poorer. She hopes by telling her story she can help others avoid similar circumstances.

She has plenty of company. The FBI reported that romance scammers ripped off about $1 billion from would-be U.S. lovers in 2021, up from $600 million the year before. It was the third highest amount of scam losses reported by the FBI in 2021, behind email account scams totaling $2.4 billion and investment fraud of $1.5 billion.

The FBI reported that the scammers use the illusion of a romantic relationship to get into the heads of their victims and earn their trust before asking for money. Sometimes this happens in a matter of months, other times it takes longer, but the bottom line is that these fake lovers are willing to invest time and energy in grooming their marks because often the payoff is worth it. State attorneys general say they’re likewise seeing a rise in romance scams, partially due to the isolation brought on during the peak of the COVID-19 pandemic.

Aikens said her scammer eventually was unmasked when the police chief in her small New Hampshire town of Fremont — sent by her family — knocked on her door with a picture of “Logan,” which turned out to have been ripped off from someone else’s Facebook page. Even then, while she stopped sending money, she refused to cut off all contact with him. She was hoping to catch him, and contacted the New Hampshire attorney general’s office. “Logan” was never found.

Attorneys general say they have little success at recovering money or criminally charging romance scammers because they often are overseas and out of their jurisdiction. The FBI has had some success, though little in comparison to the amounts being stolen.

NH Assistant Attorney General Bryan Townsend said in a phone interview that the scams have increased with the pandemic’s isolation, but prosecuting them on the state level is difficult.

“One of the big things we face is the difficulty in prosecuting the perpetrators of these scams because often they are overseas,” he said. Often the cases are referred to the FBI, which occasionally can criminally charge perpetrators. In September, the U.S. Department of Justice announced financial crime charges against 11 people in a romance fraud scheme tied to an international organized crime syndicate originating in Nigeria. The cases are pending.

What the attorneys general in New Hampshire and elsewhere can do is sound the alarm, dispel myths and help victims cope with the disappointment and shame, partially by letting them know they are not alone or stupid.

“There’s a misconception that these are individuals who suffer from dementia; that’s not true,” Townsend said. “There’s a misconception that they are all elderly; they really are not. We’ve seen romance scams for people far younger than that.” What the victims do have in common is that they are lonely, they are perusing dating sites in many cases, and they have access to a fair amount of money, he said.

Sunny Mulligan Shea, a victim witness advocate for the Attorney General’s Office, works with victims such as Aikens and others both to help them through the romance scam crisis and to educate the public.

“We’ve had people think they got married online,” she said in a phone interview. “They got fake marriage papers. It’s very elaborate. I go out to their homes and tell them how to make themselves safe.” And she hates telling them that their love and money are now both gone.

“There’s profound sadness because I have broken their heart as well as their bank account,” she said.

Connecticut Attorney General William Tong, a Democrat, said he’s noticed an uptick in romance scams in his state involving both male and female victims. “It’s obvious how easy it is for a scammer to troll social media, obituaries—you can figure out who’s recently lost a spouse, who’s single, who’s looking for some love.”

The perpetrators groom their victims, he said, and then spring the trap requesting money. Tong has no criminal jurisdiction over scammers in another state or country, but he, like other attorneys general, works with the FBI. He said the scope of the crimes is stunning.

“A woman in Connecticut corresponded with someone in Turkey; she lost $100,000,” he said in a phone interview. “A guy corresponding with someone in Dubai was asked for $6,000. He didn’t do it, but he came close.”

Tong and Townsend are among a host of attorneys general who put out news releases and public statements to warn people about the scams, trying to head them off before they start.

“So much of it is never reported because it’s very embarrassing to people,” Tong said. “If you are an older American, you don’t want to tell your children you got scammed looking for love.”

Aikens’ relationship with her daughter fell apart over the romance scam, and they have not reconciled, she said.

In New York, the state Assembly passed a bill this month that would require financial institutions to warn consumers about the potential scams, such as romance fraud, whenever they see an electronic funds transfer set up from a consumer’s account to another individual.

State Rep. Al Stirpe, a Democrat who introduced the bill, said the electronic transfers warnings are not just aimed at romance fraud, though that is one aspect the bill addresses. Another popular scam the bill tries to address involves targeting grandparents. In those cases, the older person gets a call alleging their grandchild has been arrested and needs bail money. The grandparent is instructed to send the funds electronically.

Stirpe said the intent of his bill is to “make sure when people are doing electronic transfers, there’s a warning to make sure you know who you are sending money to.” He said the bill would require a “clear, concise” warning before an electronic transfer is allowed to take place. That warning would tell the account holder to double-check the recipient of the funds.

A somewhat similar bill has been passed in the state Senate, but no progress has been made in reconciling the two, he said.

Aikens still has emotional bruises from her dealings with the scammer, but, in terms of love, her life is looking up. She married a man from a nearby town in New Hampshire a few months ago, and they retired together to Arizona.

“He’s sitting next to me,” she reported in the phone interview with Stateline.

This article originally appeared on the website of Stateline, an initiative of The Pew Charitable Trusts.