Retirement in the age of coronavirus

Amid economic decline, there are some key steps to take to shore up your financial future 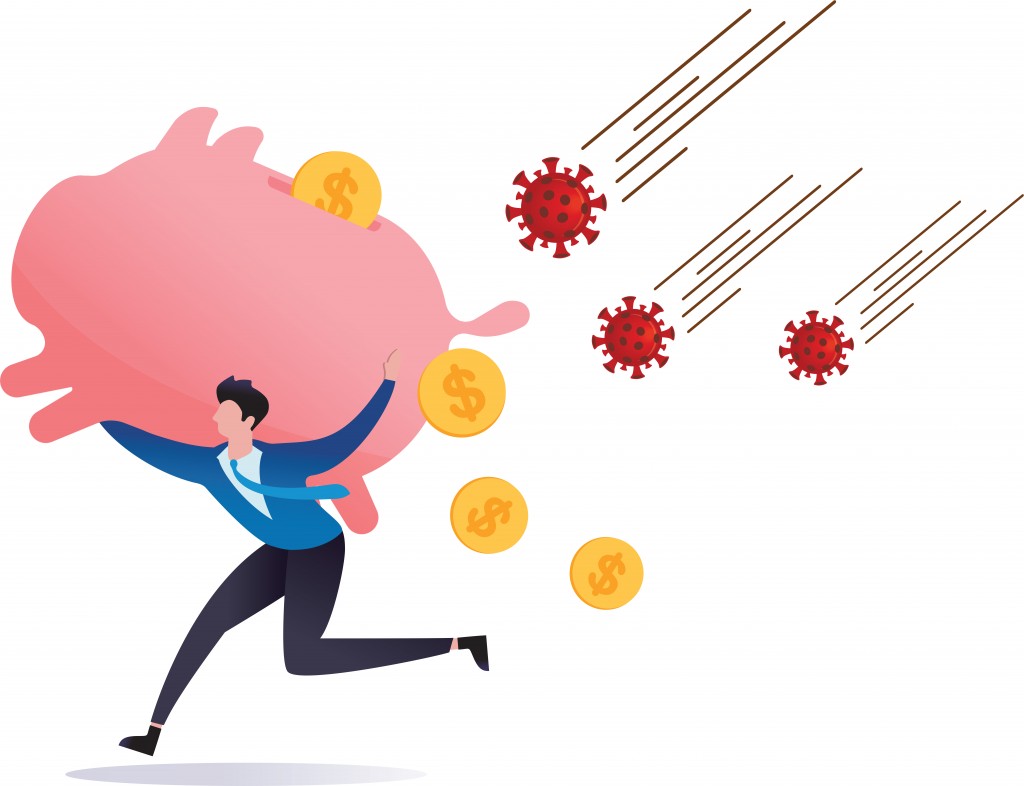 For many baby boomers, 2020 was going to be the start of a new phase in life as they planned to retire. And then the world changed in an instant, leaving some to wonder whether this really will be the start of their Golden Years or if those dreams will have to be deferred. For others close to retirement who now find themselves jobless, it may feel less like a choice as a circumstance forced upon them.

Many boomers, who have lived through prior recessions and know what, are heeding that advice. While this economic downturn is different because it’s being caused by a pandemic, “there’s also a sense we’re all in this together,” says Paul Provost, president of New Hampshire Trust Company in Concord. “The markets and economy will return to normal.”

Another way this downturn differs from previous ones is, rather than being a long downturn followed by a sharp recovery, this will be more of a “U-shaped” recession, says Thomas Levasseur, founding principal of The Beacon Retirement Group in Dover.

By that, Levasseur means that, likely after a few more weeks of economic decline as the pandemic reaches its peak, the economy will “bounce along the bottom” for a while before stabilizing and heading into recovery, which he expects will be in a year to a year and a half.

In the meantime, there are several steps would-be retirees can do to shore up their financial futures. Some will find they can move forward with their retirement plans, some will have to make adjustments and others will have to wait a few more years.

These are unprecedented times and the economic fallout will be complicated, Provost says. “People should not be do-it-yourselfers at this time,” he says, and that means tapping into financial advisors, accountants, bankers and attorneys.

Retirement, even during the best economy, is a huge transition fraught with emotion and stress as it involves making major decisions. “Couple that with the current crisis and you are getting a double whammy,” says Robin Young, president of Northstar Financial Planning in Windham. “Your fear is ramped up.” She says professional advisors can provide assurance and take out the emotional components so clients can make better decisions.  “You need to create space to evaluate your options,” Young says. “Fear can put your long-term financial security at risk. People can make terrible decisions when fear is in the driver’s seat.”

Such mistakes could include selling stocks in a down market, buying an annuity that isn’t a fit for your financial portfolio, paying off a mortgage when you need liquidity or skipping an insurance premium payment — all things that can be avoided when working with the right professional, Young says.

The stock market has been volatile during the pandemic with massive drops followed by steep upticks. Panicked investors may feel an urge to sell off stocks, but financial advisors say that could prove costly.

“You’re going to be selling more shares of your investments in a down environment,” and getting far less return than if they sold when the market is higher, says Dan Hagler, CEO of Granite State Retirement Planning in Bedford and co-author of “Retire Abundantly.”

Marshall Rowe, managing director of Northern New England for The Colony Group in Concord, says investors should stick with their long-term investment plan and resist the urge to react to market volatility.

If investors are going to make adjustments, they should be looking for opportunities to buy rather than sell, Levasseur says. “This is a great time to buy in,” he says. “The wise investor will see this as an opportunity in good quality assets at depressed prices.”

Levasseur says people considering retirement need to reassess their appetite for risk and think about how to recalibrate their portfolio once the economy takes a positive turn. “Capitalize on this opportunity. Every challenge is fraught with opportunity,” he says.

However, not everyone is a fan of the volatile stock market as a major source of retirement income.

“You don’t want to be tied to the Wall Street casino,” says Barry Dyke, president of Castle Asset Management in North Hampton and author of “The Pirates of Manhattan.” “Your rate of savings is more important than your rate of return,” he said, adding that “one of the biggest mistakes people make is chasing the return.”

Any retirement strategy, especially now, needs to include ways to reduce debt and set a realistic budget. “Don’t spend money you don’t have to impress people you don’t like,” Dyke says.

Hagler recommends making a budget listing non-discretionary items — those things that must be paid in order to live, such as mortgage or rent and groceries — as well as discretionary items that make retirement nice but are not necessary and can be reduced or eliminated. From there, Hagler says, someone who has, say, an annual retirement budget of $50,000 can see if there are ways to knock it down to $40,000 in order to more effectively retire in an economic downturn.

Provost agrees now is the time to reassess retirement needs and question whether it makes sense to buy the condo in Florida or a second car. People are also reassessing their values during the pandemic, and that may change retirement plans, Provost says. For some it may mean wanting to move closer to family, and that “may lead to different savings path,” he says.

Get a part-time job

Retirement isn’t always about being on the golf course or an easy chair. Taking on a part-time job makes sense for some retirees. Dyke says people should have multiple income streams for their retirement. That can include starting a small business as an encore career, developing side gigs or freelancing. “Focus on what you love and turn it into an income stream,” he says.

Besides creating additional revenue and delaying the need to tap into long-term savings for the extras in life, Rowe says taking a part-time job during retirement provides social opportunities and a reason to get out of the house.

A source of great debate is the value of annuities in a retirement portfolio. Annuities are insurance contracts that guarantee paying a regular income. Dyke recommends annuities for those who want a steady income in retirement and have the insurance company take on the risk instead of them. “They guarantee an income stream for life,” he says. Dyke points out many major corporations use annuities to finance their retirement plans.

Rowe says he’s not usually a fan of annuities because of the high expenses involved in purchasing them. The biggest gamble is that if a person passes away sooner than expected, they will not realize the benefit of the annuity, he says. However, Rowe agrees an annuity is a way to mitigate risk, which is an important factor for some retirees.

“Annuities are more appropriate for retirees with limited assets who need assurance those assets will be sustained for their lifetime and can live within the budget afforded by that annuity and other sources like Social Security,” Rowe says. However, for retirees with substantial assets that will likely outlast them, an annuity does not make sense, he says.

It is important to put retirement plans through a financial stress test to make sure they are viable even in the most trying times, says Hagler. That means running a retirement strategy through a variety of scenarios testing diminishing rates of return.

“The vast majority of people I meet with for the first time haven’t even done that,” Hagler says. “They don’t know how a downturn in the economy will affect [them] …. What if the rate of return is no longer 5 or 6% but 0% for three or four years?” Such data allows people to see at what point their retirement plan is not viable and what adjustments need to be made well before they face that reality, he says.

For some, the curveball they have been thrown by the coronavirus may require delaying retirement for a year or two. Rowe says that by deferring retirement for at least six months to a year, people can continue saving for retirement, allow time for their investments to recover and delay drawing on their assets.

“That is an extremely powerful and impactful choice to make if they can make it,” he says.

Retirement is more than money

Dyke says people need to keep the “five Fs” in mind during this time: faith, family, friends, (physical) fitness and financial organization — and in that order. Family and friends will be important for the emotional support people need, and keeping physically fit is important as people will be working longer than expected, he says.

At the end of the day, it’s about evaluating your retirement plan — or developing one — and having the data to make good decisions that are not grounded in fear, Young says. “If you are planning to retire this year, you still may be able to,” she says.

Analysis: Most of NH’s CARES Act grants have been appropriated

New Hampshire’s chambers of commerce 'challenged' by Covid, but they keep their eye on the ball