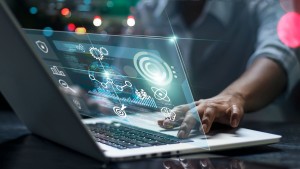 One reason New Hampshire has so much trouble finding high-tech worker workers is that the state doesn’t have enough immigrants, since immigrants account for nearly 25 percent of tech workers nationwide, but just over 15 percent in New Hampshire.

The data comes from Technet, a national organization of technology CEOs and other top executives that promotes growth of the innovative economy. The group contends that more immigrants will mean more growth, nationwide and in the Granite State.

In New Hampshire, this growth is more important. That’s because the state is sixth in the percentage (10.3 percent) of the number of employed workers in tech, and in the top five for growth in IT job postings and the tech share of GSP, based on 2020 figures.

In absolute terms, the $11.2 billion tech contribution to the state’s economy ranks 28th, and the 72,000 tech workers ranks 24th. Not bad for a small state.

You don’t need statistics to know that such workers are hard to get anyway, but here is one anyway: The state’s STEM job-to-available-worker ratio was 9.4 to 1 in 2014, and it has been getting worse with time.

(The data the report uses comes from the American Immigration Council, using census data. It uses the narrow definition of tech – the hard sciences, not counting health and social sciences. If you throw in those fields as well, immigrants account for a smaller percentage of the workforce – 19.2 percent nationwide and 10.9 percent in New Hampshire.)

“Immigrants are already making important contributions to the state’s high-tech sector and overall economy,” concludes the report’s New Hampshire section. “It would be advisable to increase the number of high-skilled immigrants in the state in order to ensure that tech jobs can be ﬁlled, new jobs can be created, and the Granite State can truly fulﬁll its economic potential.”