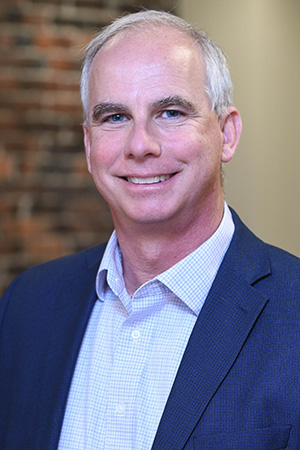 As an undergraduate at Dartmouth College, Ohio native John Greabe was “torn between teaching and law” as he pondered his future career. “I was fortunate enough to marry both interests,” he says.

In addition to teaching both constitutional and administrative law at the University of New Hampshire Franklin Pierce School of Law in Concord, he is currently director of the school’s Warren B. Rudman Center for Justice, Leadership and Public Service.

What is the purpose of the Rudman Center and how does it further the mission of the law school?

In a nutshell, the Rudman Center provides experiential, programmatic and financial support for law students who are interested in public service. This is not a subset of our students, as we hope to inculcate in all UNH Law students — even those headed into private or in-house practice — that public service through pro bono and civic engagement are essential components of the profession.

And how do you promote that interest in public service?

We sort of guide students into programs or courses that are appropriate to their interests. We have a criminal defense clinic and a civil law clinic that represents debtors in credit matters. We have students go and work for credits at nonprofit or government agencies.

In each incoming class, there are two Rudman fellows who receive full tuition scholarships at the law school for the full three years, so at any given time we have six Rudman fellows in the building. And in each freshman class, there are grants given at the end of the year from the Pete Peterson Foundation for full tuition scholarships to two students for their remaining time in law school. The Rudman-Peterson fellowships are for students who have an interest in fiscal and budgetary matters. We also have stipends for students who work without pay over the summer at nonprofit or government agencies.

What sort of public interest and social justice causes do you encourage the future lawyers to pursue?

Those who will be courtroom lawyers will take a trial advocacy course in civil rights litigation and a number of other criminal law courses. We have a criminal defense clinic as well. We encourage everybody to see themselves as under obligation to do pro bono work and to become civilly engaged in their communities.

What is the fiscal responsibility program?

We’ve launched a forum sponsored by Concord radio station WKXL, a conference with the presidential candidates, called “Common Cents” that we’re doing in partnership with the Issue One Action. The candidates are going to talk about their positions on budgetary issues and talk about their fiscal policies.

What’s involved in the Justice and Journalism partnership with New Hampshire Public Radio?

Once or twice a year, we have NPR reporters come in and give talks, focusing in particular on issues in the justice system that they cover. Laura Knoy of (NHPR’s) “The Exchange” has come in several times to give talks and answer questions.

What interests you most about law, and constitutional law in particular?

I think the American experiment has always been about how to separate and divide power in the wisest way, given the circumstances we face. At the end of the day, that’s what constitutional laws is, a sort of working hypothesis of government, where government power lies and who should exercise it.