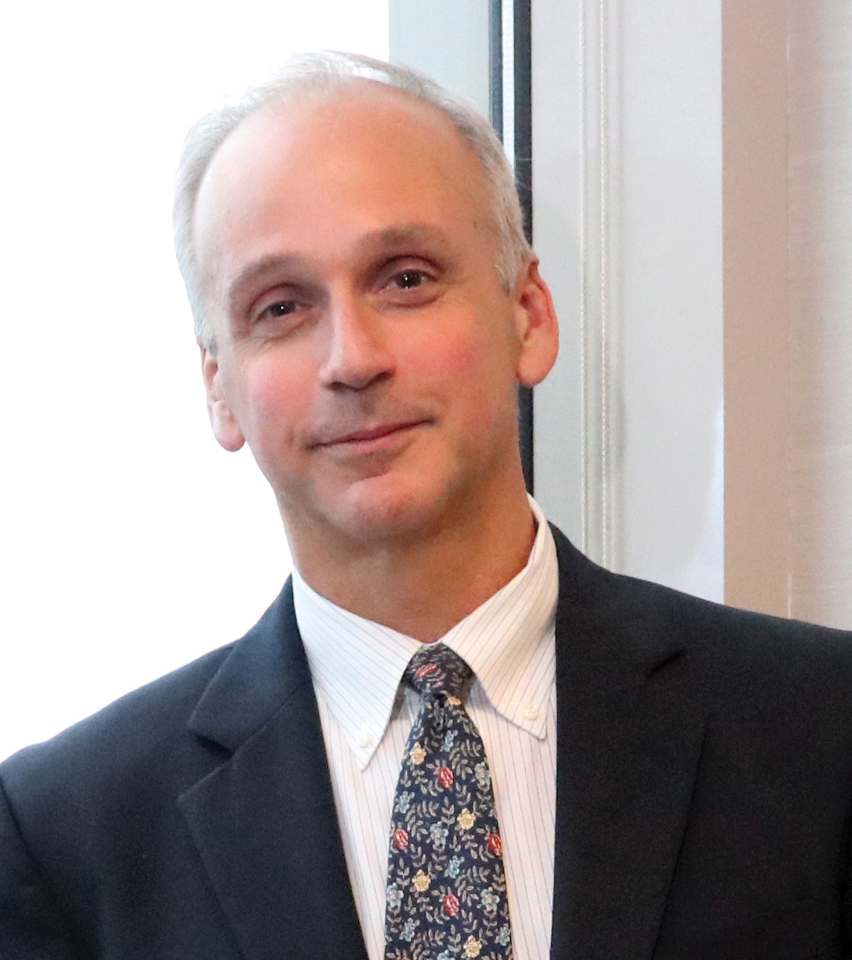 Barry Needleman is managing director of the Manchester-based of McLane Middleton. The law firm celebrates its 100th anniversary this year, which is a sign of it being a strong, effective organization that is very good at what it does,’ he says. (Photo by Allegra Boverman)

McLane Middleton, the state’s largest law firm, is celebrating its 100th anniversary this year as the firm marks its growth and success at its Manchester headquarters on four floors of City Hall Plaza, across the street from where John McLane hung out a shingle in the former Amoskeag (now Citizens) Bank building in February 1919.

Barry Needleman has been with the firm for more than a quarter of that century, practicing environmental and energy law since his arrival as a young lawyer in 1993. In January of this year he took on the added role of managing director for the firm, which includes more than 100 lawyers and employs 220 people overall at offices in Manchester, Concord and Portsmouth, and in Boston and Woburn, Mass. He and his wife Ruth reside in Hopkinton.

Q. What’s the significance of a law firm lasting 100 years?

Q. What exactly are your duties as managing director?

A. I really partner with Cathy Schmidt, our executive director. She focuses on the business functions of the firm and I focus on the legal and strategic functions, and we work very closely together.

Q. And what are the strategic functions of a law firm?

A. A big one, for example, is strategic planning. I think we do it very well. I think it’s been a big part of what’s made us successful. We develop a new plan about every three years. We’re at the tail end of one now and we’re working on a new one.

Q. And what typically goes into a law firm’s strategic plan?

A. You start by trying to figure out what are your strengths, who are your competitors, where you want to devote resources in terms of going into new areas or enhancing your presence in existing areas – things like that.

Q. Managing and directing an organization with more than 100 lawyers handling hundreds of cases in five different locations in two states would appear to be quite a challenge. Do you find it difficult to keep abreast of what’s going on?

A.  Ironically, I don’t. I think the reason is I work with such great people here. Yes, this job certainly is a challenge and it’s certainly a significant responsibility. But it’s made much easier by the people around me, who are so great at what they do.

Q. How often are you in contact with attorneys in the other offices?

A. Every day. I don’t call every office every day, but certainly a day doesn’t go by when I’m not talking with attorneys in other offices. And because I’m based in Manchester, where a lot of our attorneys are, there’s also a lot of interaction here. I think a really big part of this job is communicating with people in the firm and being available to them.

Q. Do you offer advice to the other lawyers about cases they’re litigating?

A. We have conversations like that. I’m not sure if it’s as managing director or in my role as another attorney here.

Q. Are you involved in decisions about what cases lawyers should take or turn down?

A. Very rarely. I suppose I might get involved if there are potential conflict issues or in a very high-profile, controversial case, but that would be the exception.

Q. Is it you or Ms. Schmidt who organizes the firm’s charitable activities?

A.  I would say neither one. It’s a key element of our culture to be involved in our community. If you look, for example, at all the different places where people in our firm are involved in community activities, it’s quite remarkable.

It’s actually been a focus for us as we celebrate our 100th anniversary. Each month we’ve made donations in the hundreds to various charities in the communities where we work. One month we donated more than 400 backpacks and school supplies to the Salvation Army. Another example is the 100 blankets we donated to transitional living facilities in New Hampshire and Massachusetts. We donated shoes and other supplies to Girls Inc. The other nice aspect of that is when we made decisions about were to donate we relied on the internal recommendations of our colleagues here.

Q. You’re still practicing environmental and energy, what have been your biggest victories in cases you’ve litigated?

A. I guess one that comes to mind is getting the various approvals needed for the Antrim Wind project. That was one we worked on for a long time. There were certainly groups of people opposed to the project being built. In a time when it’s very labor-intensive to get any major project approved, just getting that project successfully through that process felt good.

I can think of one in a rural town up north where [a family] had gasoline contamination migrating onto their property, with the result that their well was unusable and they didn’t have a lot of resources to deal with it. We were able to help them navigate through it. We got them clean water. It allowed them to go on living their lives.

Q. You were the lead attorney for Eversource on the Northern Pass project. What went wrong there? Why were you unable to convince the Site Evaluation Committee that it should be approved?

A. I can’t really talk about that project. That’s one where the client needs to speak for it. It’s the client’s decision to be the spokesman for things related to the project and I respect that decision.

Q. What about the Seacoast Reliability Project, with some opponents claiming the underwater lines will further pollute the Great Bay estuary?

A. Same answer. You’ll have to speak to Eversource about that.

Q. You are licensed to practice in Maine, as well as New Hampshire and Massachusetts. Is it a challenge to be familiar with the various laws of different states?

A. There are times when it’s significant, depending on the area of law you’re talking about. And there are times when it doesn’t vary that much. A lot of times it tends to be differences in procedure more than law. For example, in most of the New England states there is some kind of state siting board for large energy projects, and the way those boards evaluate projects and make those decisions varies from state to state.

Q. In what ways, if any, do you find the practice of law in New Hampshire is different from the way it’s practiced in other states?

A. It’s hard for me to compare it over my career. One of the things I’ve noticed is the New Hampshire Bar tends to be very collegial. For me, that’s probably the biggest difference. It’s not to say other bars are not that way. But in a smaller state there is more opportunity for people to know each other and interact with each other and there’s certainly a tradition of that in New Hampshire.

Q. Do you expect issues related to energy and environmental law will continue to grow, both in size and complexity?

Q. Do you see a disconnect between the demand for energy and a willingness to support the infrastructure needed to provide it?

A. I do. I think as a society we don’t think coherently about that issue. Very often, in one form or another, I teach environmental law classes and I say to students, ‘You need to figure out what you support.’ You can oppose, but it’s a lot harder to figure out what you support. Everyone should ask themselves that question: What do we support? Not abstractly, but concretely.

Q. Do you anticipate further growth at McLane Middleton in the number of lawyers or offices?

A. Certainly in the number of lawyers. At this point there is no specific plan to move into other locations. But if the right opportunity presents itself, we’d certainly consider it.