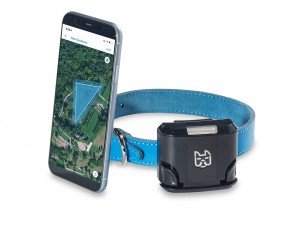 Wagz, a Portsmouth-based pet technology company, has agreed to merge with SigmaTron, an international electronic manufacturing services company based in Illinois.

When the deal closes next month, SigmaTron is expected to issue 2.443 million shares of common stock of SigmaTron to the shareholders of Wagz, resulting in the stockholders of Wagz owning up to approximately 28% of SigmaTron, and Wagz operating as a wholly-owned subsidiary of SigmaTron.

Wagz CEO Terry Anderton, who will remain with the company, said the merger will allow Wagz’s team “to focus on R&D and building our brand in the market,” while SigmaTron streamlines supply chain sourcing and manufacturing products, “giving us a huge advantage both in margin and capabilities” by “being able to control the entire process from raw materials to end user sales, all in house.”

Supply chain issues plaguing nearly every industry are well known. Anderton said the lead times for sourcing parts can take as long as 180 days, and “becomes a significant burden on an IOT (Internet of Things) company to finance large inventory builds this far in advance of end user sales.”

Wagz has a number of products in the pipeline that are tied to the concept of the connected home for pets.

Anderton said the company first met SigmaTron through an acquisition Wagz made of Petzi Pet Treat dispenser in 2018 from SigmaTron, and has been working closely with SigmaTron since.

Wagz currently sells one product on its website, the Freedom Smart Dog Collar. The product utilizes geofencing to contain a pet through a smart collar and mobile app that provides a Google Maps view of the property, where owners draw the perimeter of the walking area and can mark exclusion zones, like a pool.

He said SigmaTron will bring its expertise in design for manufacturing, board layouts and radio frequency enhancements to the collar and other products, said Anderton.

“From a hardware perspective SigmaTron, brings a lot to the table and our teams are already working closely together. From a software perspective and cloud infrastructure, that is driven by the Wagz team,” he said.

The merger will also allow the joint company to make additional acquisitions, “to consolidate what is a highly fragmented business,” said Anderton. “We intend to make Wagz the Ring or Nest.com of pets.”

According to Insider, the global pet care market is expected to grow to $281 billion by 2023 with pet tech, its fastest growing segment.

Wagz has also been developing near to mid-term productions including a smart pet door, smart pet feeder and other products and services.

“I am passionate about the future of Wagz, and this merger with SigmaTron serves to enhance Wagz ability to scale the company globally, while making strategic acquisitions,” said Anderton.