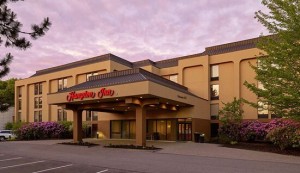 North Branch also recently announced the hiring of Shrika Chikurty and Mark Condon. Chikurty joins the firm as a project engineer having recently worked as an assistant project manager for a commercial construction company in California. Condon joins North Branch as a project superintendent. He has over 16 years of experience in commercial construction.

Engineering consulting firm the Nobis Group, Concord, has announced the appointment of Chris Adams and Pete Delano to the company’s board of directors. Adams, vice president of operations, joined Nobis in 1999 and has 24 years of design, construction and management-related industry experience. Delano, who joined Nobis in 1995, serves as senior vice president of marketing and sales.

Bow-based Structures Unlimited Inc., a manufacturer of structural skylights, canopies and building enclosures, has honored Michael Hawkins as its top salesperson for 2021. Hawkins covers upstate New York for Structures Unlimited and its sister company, Kalwall, which in turn has honored Mark Lipman as its Salesperson of the Year for 2021. He is a sales representative for the New York City metro region.