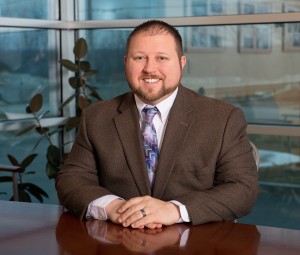 The U.S. Department of Commerce’s Economic Development Administration has awarded a $2.7 million grant to the town of Plymouth to help it make infrastructure improvements needed to protect businesses in the downtown commercial district from flooding. The grant will be matched with $675,000 in local investment.

Derek St. Cyr of Gilford has joined the Dow Realty Group, Meredith, as a full-time agent. He most recently spent 17 years as light industrial recruiter, safety manager and operations manager for his family’s business.

Brady Sullivan Properties has sold a two-building portfolio in Chelmsford – the 94,828-square-foot 199 Riverneck Rd. and the 90,399-square-foot 201 Riverneck Rd. – for $15 million. the properties are the former corporate headquarters of Mercury Systems. Charles Panasis, director of commercial real estate for Brady Sullivan, worked on the sale to The Davis Companies of Boston, Mass.

The Boulos Company recently honored Chelsea Britten, executive assistant at its Portland, Maine, headquarters with its Most Valuable Boulian Award and Christian Stallkamp, senior broker in the firm’s Portsmouth office, as its Broker of the Year. In 2020, Stallkamp brokered close to $16 million in sale deals and over $17.4 million in lease deals, the company said.

Northway Bank has purchased $25,000 in New Hampshire business tax credits from Lakes Region Community Developers to support the final phase of renovations later this year at 193 Court St., Laconia, the former Walter’s Market building. In 2019, LRCD acquired the building to turn it into its headquarters and a neighborhood center to host events and trainings for tenants in Laconia. The final phase of renovations includes drainage and parking lot improvements, insulation in the attic, insulation and new siding on the northeast exterior wall and back of the building and HVAC upgrades.

NHSaves utility partners Eversource, Liberty, New Hampshire Electric Cooperativeand Unitil have received the 2021 Energy Star Partner of the Year—Sustained Excellence Award from the U.S. Environmental Protection Agency and the U.S. Department of Energy. This is the eighth year in a row that they have won the award, which is the highest honor bestowed by the Energy Star program.

The city of Portsmouth recently completed the sale of $30.6 million in 20-year general obligation bonds to fund approved projects for general, water and sewer fund projects, with bond premiums of $2,588,094. FHN Financial Capital Marketshandled the sale, committing to an average interest rate of 1.4699%.