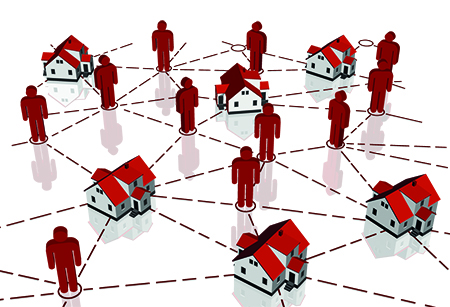 Berkshire Bank has closed on a $60 million construction loan for the 199,000-square-foot retail center in the South Village at the massive Tuscan Village mixed-use project at the site of the former Rockingham Park racetrack. Salem Five Bank is partnering in the financing.

Steve Schneider, for 13 years executive director of the Upper Valley Lake Sunapee Regional Planning Commission, has taken the job as CEO and general manager of the Eastman Community Association, a private residential community in Grantham, Springfield and Enfield with more than 1,500 residences. Schneider, who previously served 11 years as Enfield’s town manager, starts his new job May 1. He succeeds Ken Ryder, who has been at the helm at Eastman since 2001.

Ray Newton of Peabody & Smith Realty’s Holderness office has become a licensed associate broker. Newton has worked in real estate for over a decade, and actively lists and sells property on Squam Lake and in the central New Hampshire.

Senior advisors Michael B. Charron and Joan Blais of Berkshire Hathaway HomeServices Verani Realty’s Commercial Division have both been presented with “Top 5 Agents in the Network” honors by the Berkshire Hathaway national network. Charron finished the year in the number 3 spot and Blais finished at number 5.