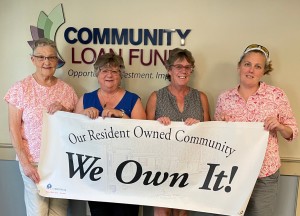 Boston-based real estate investment and development firm Foxfield has acquired a 100,450-square-foot industrial/flex property on 15 acres at 21 Northwestern Drive in Salem for $14.9 million. Foxfield managing partner Jeff Theobald said his firm is “excited to see the southern New Hampshire industrial market continue to develop over the coming years.” He called the property “an excellent opportunity to buy a facility with a strong roster of tenants in a dynamic location.” Chris Healey of The Boulos Company, who represented Foxfield in the off-market purchase, said, “Industrial vacancy in the Salem submarket is among the tightest in the state.”

The U.S. Department of Commerce has announced that Manchester is one of 20 winners of the Build Back Better Regional Challenge, earning the city a $44 million federal grant. The grant will be used to invest in the Southern New Hampshire BioFabrication cluster, which is aiming to manufacture cells, tissues and organs in Manchester’s Millyard. U.S. Department of Commerce Deputy Secretary Don Graves says the cluster will establish southern New Hampshire as a “global epicenter” for regenerative tissue and organs The Advanced Regenerative Manufacturing Institute is the lead builder and the city of

Dennis Cote, vice president and senior mortgage loan officer at Bank of New Hampshire, has been recognized as a Top 10 Lender by the NH Housing Finance Authority. The award was given to the lenders who assisted the most homebuyers through New Hampshire Housing programs in 2022. It is the second consecutive year Cote has earned the honor.

Prolman Realty has announced the sale of 74 Northeastern Blvd. Units 13 & 14 Nashua to Sirra Holdings LLC. Lisa Ferrari, who represented the seller, Tescelani Holdings LLC. She said the 4,800-square-foot office condominium in the Northbridge Business Center will be occupied by Arris Realty, which will upgrade and utilize the main 2,400 square-foot level. The lower 2,400 square feet will be leased-back by Netlogic Computer Consulting LLC for an initial term of five years. According to the Hillsborough Country Registry of Deeds, the sale price was $350,000.