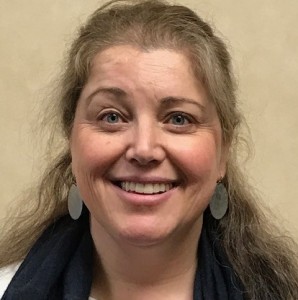 Erica Canales has been named the new executive director of the Coos Economic Development Corp., succeeding Lise Howson, who has accepted a new position as the organization’s community outreach coordinator. Canales has over 25 years’ experience in local, state, federal, and non-profit organizations and also owned a small business for 10 years.

An apartment complex on the east side of Manhattan is now using Stratham-based Position Imaging’s Smart Package Room, which is designed to help better manage the process of receiving and distributing packages delivered to buildings. The complex, at 210-220 E. 22nd St., property consists of two buildings that are connected through a common corridor on the ground level. The company says its system reduces courier drop-off time to less than 10 seconds per package, removes staff interaction and eliminates packages cluttering the lobby area.

Cam Beauchesne of Raymond, Adam Kenzou of Manchester, Eric Marsden of Londonderry, Alexandra Biron of Moultonborough, Steve Collette of Manchester and Austin Kessler of Laconia have all signed on as carpenter apprentices with North Branch Construction as part of the firm’s membership in the Carpenter Apprenticeship Program launched by Associated Builders and Contractors NH/VT and the NH Homebuilders Association and supported by ApprenticeshipNH. The apprentices will each complete 455 hours of classroom instruction divided into three modules of curriculum provided by Manchester Community College and will be a skilled carpenter mentor who will be responsible for coordinating and overseeing the required 6,000 hours of on-the-job training that must be completed during the three-year program.

Zachary Hawkins has joined Badger Peabody & Smith Realty as a sales associate in the firm’s Littleton office. Since late 2018, Hawkins has represented clients in over 100 transactions totaling $21 million.

Cornerstone International Alliance members completed 146 business transactions in 2021, setting a record of more than $1.1 billion in value, the organization announced. The alliance’s membership is made up of 25 industry M&A and investment banking firms in the U.S., including Concord-based Business Transition Strategies. “Ultimately, the members are firms with a track record of success, high integrity professionalism at all levels of the market and actively work to set a high standard for M&A excellence in the lower end of the mid-market,” said John Howe, director of BTS. “We work with owners who have built impressive businesses – ones big enough to need a strategic transfer process like the one we use. We have a passion for the lower mid-market and understand the tug of war emotions involved in reaching a time when selling is a reality. I was among the founding members of this alliance which has grown through adherence to strong core values. We look forward to meeting owners and their teams.”

To meet the high demand for long-haul truck drivers and other commercial driver professionals, White Mountains Community College is expanding its Commercial Driver Training (CDT) program by adding a new non-credit spring session at the Littleton campus. The eight-week CDT program, which begins March 7, is a tractor-trailer competency-based driver training program that includes classroom work and in-vehicle training time. Students will master the wide range of competencies needed to become safe, confident, comfortable drivers. WMCC has seven vehicles in the fleet and a state-of-the-art simulator for student training. It is located in Berlin, with satellite campuses in Littleton and North Conway.

TIAA Bank has named Misty Read to spearhead its commercial real estate business in the New England region. Read has 15 years of experience in commercial real estate, including five with EverBank, which TIAA acquired. All told, she’s been part of deal teams with more than $1.3 billion in funded volume, the bank said.