With few details so far, ‘there are a lot of nervous people’ 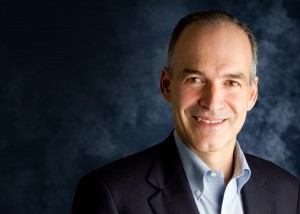 Joe Morone, chair of the University System of New Hampshire board of trustees says he foresees ‘a serious revenue crisis in higher education, and that USNH and the community college system are in ‘a uniquely weak position’ to face the changing market.

Sununu set an aggressive timeline for completing the project. House Bill 2, the companion to the budget, would establish by June the New Hampshire College and University System, governed by a single board of trustees. Its first task would be to hire a chancellor. By the close of this year, the unified board would recommend legislation to combine the two systems. And the consolidated system would be up and running by July 1, 2023.

“All the stars are lining up to get this done now,” the governor told the House Finance Committee on Feb. 26, when he introduced the proposal. “If you don’t do it now, if you stall, study and wait it ain’t never gonna happen and our systems are going to wither on the vine. We’re not going to be competitive.”

But after meeting with officials of the two systems, a House Finance Committee working group will recommend against proceeding as prescribed by House Bill 2.

“The process needs to slow down,” said Re[.Rick Ladd, the Haverhill Republican who chairs the House Education Committee. “We can’t say yes or no,” he told the working group, which he said had raised more than 50 “questions and considerations” about the project.

Instead, the working group will ask the Finance Committee to form a “council” or “commission,” with a budget, to consider the threshold question of whether a merger is the optimal means of addressing the challenges facing the higher education systems.

It’s ready, fire, aim rather than ready, aim, fire,” said Hopkinton Democrat Mel Myler, “The aiming process needs to take some time, even in this panic state we are in right now to get it right.” He was echoed by Dr. Barbara Brittingham, recently retired president of the New England Commission of Higher Education. Ladd suggested the Public Higher Education Study Committee, established by statute, should also play a part.

“I guess I expected that reaction from folks that aren’t really on the front lines,” Sununu remarked at a March 18 press conference. He repeated that a merger will create a “better product at the end of the day” and said “I’m very confident that it will get done.”

When he spoke to the House Finance Committee, Sununu said of his consolidation plan, “It’s not about saving money.”

But a week later, Joe Morone, chair of the USNH board of trustees, expressed his support for the governor’s proposal, saying in so many words that it is about money, warning that higher education faces its most severe challenge in decades.

The boards of trustees of both USNH and CCSNH have endorsed the initiative. At USNH, the trustees called it “visionary and timely.” Their counterparts at CCSNH commended the “vision for flexible, seamless pathways within and across the two systems.” But, with scant detail about the plan yet to emerge, as Susan Huard, interim chancellor of CCSNH put it “there are lots of very nervous people.”

“It’s school choice for higher education,” Sununu said. In place of a baker’s dozen of institutions “competing against each other,” he envisions a single public higher education system, integrated at all levels, sustaining the unique and diverse missions of its member institutions while offering students seamless access to most of its resources.

“Allowing students the ease of creating their own pathways to education will be the defining characteristic of the modernized 21st century system,” Sununu said. “It’s all about evolving our system so it doesn’t get crushed. You have to evolve with the times and where the market is going.”

Above all, the market is shrinking as the number of high school graduates dwindles and nowhere more rapidly than in the Northeast. Morone, retired president and CEO of Albany International Corp. with extensive experience in higher education, said for the first time since World War II enrollment in higher education is declining and will drop even more sharply beginning in 2025.

And, he added, a growing share of the dwindling pool of students have greater financial needs, which will weigh heavily on the finances of higher education.

“That is half the problem,” Morone said, explaining the situation is exacerbated by stiffening competition among colleges and universities for the diminishing number of students. He pictured what he called “an all-out price war, an arms race,” as elite schools, with financial aid as bait, poach top students from their lesser counterparts, which in turn will prompt “cherry-picking all the way down the food chain.”

Morone said he foresees “a serious revenue crisis in higher education.” And, he added, USNH and CCSNH are in “a uniquely weak position” to face this changing market.

According to the National Center for Education Statistics, during the past decade the number of high school graduates in the state has declined by 15%, from 15,034 in 2010 to 12,790 in 2020 – a trend projected to continue as the population ages. Among those enrolling in four-year institutions, about half choose to leave the state.

Tuition represents 78% of the university system’s revenue, the largest share among public institutions in the nation, save for Vermont. USNH, Morone said, charges the second-highest tuition and fees and receives the lowest level of state support among public universities.

Likewise, at CCSNH, tuition accounts for half of the system’s revenue, compared to the national average of a third. The Community College Review reports the average tuition of more than $11,000, is the second highest among community colleges.

“Neither system can raise tuition,” Morone said, stressing, “we have to reduce costs to lower tuition.”

“The primary driver of tuition costs is the relatively low level of state support per student,” said Catherine Provencher, interim chief administrator and vice chancellor of finance at USNH,

According to data compiled by the State Higher Education Executive Officers Association, in 2018 New Hampshire’s support per student of $2,871 was the lowest among the 50 states. And so was the 1.9% of tax and lottery revenue, the $94 per capita and the $1.50 per $1,000 of personal income the state invested in higher education.

USNH faces straitened financial conditions, which have been compounded by the pandemic.

Provencher explained that, while swollen expenses and shrunken revenue from the pandemic were somewhat offset by operational savings and federal funds, the system was left with unrecovered costs of $46 million this year. After projecting future revenues and costs and assuming flat state funding at $88.5 million, the system is following a “roadmap,” to cut costs by $70 million, or 9%, by the 2023 fiscal year.

“It just catches us up to these trends by 2023. It doesn’t get us ahead of them,” Morone interjected. “Then we can prepare for the waterfall. It’s not going to be easy. It’s going to be very difficult and doing it through crisis constantly.” He described the system as “relatively overbuilt” adding, “we’ve got too much cost spread out over too many institutions.”

Morone added: “Speaking for myself, I believe right now public higher education in New Hampshire is not on a path to a sustainable, viable financial future. I believe it’s on a path to a cliff.”

More than 90% of CCSNH’s some 26,000 students are New Hampshire residents. The system provides affordable education aimed at preparing students for skilled and professional employment aligned with the needs and opportunities presented by the economy. By contrast with USNH, just 22% of community college students are aged between 16 and 20, while 38% are between 21 and 25 and 40 percent 26 and older. Three-quarters are part-time students and more than 85% are employed while enrolled.

USNH is also a research university, with more than $140 million annually in projects supported by the National Oceanic and Atmospheric Administration, NASA, National Science Foundation and National Institutes of Health.

Speaking for CCSNH, Huard said the experience of consolidation in some 20 other states suggests problems arise over community colleges.

“The voice of the community colleges disappears,” she said, fearing CCSNH would be “swallowed up” by USNH and its mission would suffer.

“There’s a lot of good stuff going on in other states,” said Morone, conceding, “there’s some stupid stuff.” He agreed “it’s a risk, but said CCSNH would be well-represented and protected by the governing board.

Sununu has set an aggressive timeline for completing the project. House Bill 2, the companion to the budget, would establish the New Hampshire College and University System, governed by a single board of trustees, by June, when its first task would be to hire a chancellor.

By the close of this year, the unified board would recommend legislation to combine the two systems. And the consolidated system would be up and running by July 1, 2023.

“I’m concerned about the idea of going into this without more of a roadmap and with such a short timeline,” Huard said. “We appear in this legislation to be starting at the end,” she added. “Why agree to a merger before there is a plan? It’s too fast, too soon.”

When he spoke to the House Finance Committee last month, Sununu said “all the stars are lining up to get this done now. If you don’t do it now, if you stall, study and wait it ain’t never gonna happen and our systems are going to wither on the vine. We’re not going to be competitive.”

According to a report from the National Center for Higher Education Management Systems, consolidation is “costly in terms of time and money,” while an article in the Chronicle of Higher Education refers to the significant initial investment required to merge information technology systems and back-office procedures.

Provencher said “we’re not using current technology” and “we’ll have to have everyone on the same platform. That will take money, that will take an investment.”

When he spoke before the House Finance Committee, Morone urged “no budget cuts.”

“The best thing the state could do is give us a cushion,” he said.

How the ‘Great Resignation’ opened the doors of opportunity