Offshore wind getting its sea legs in New Hampshire 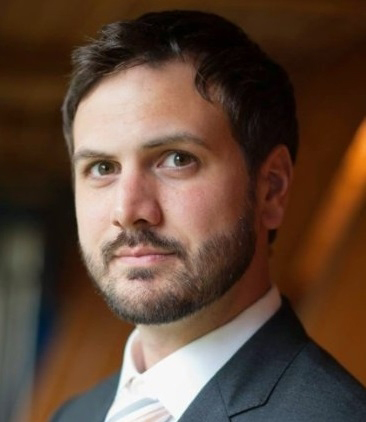 After years of advocacy and growing citizen engagement, New Hampshire’s clean energy industry finally has the wind at its back.

On Jan. 2, Governor Sununu sent a letter to the federal government requesting the establishment of a federal task force to coordinate federal, state and local government officials — along with relevant stakeholders — to determine possible locations for future offshore wind projects. Prior to that, New Hampshire had been the only New England state that hadn’t participated in exploring this rapidly developing clean energy industry.

The letter was directed to the Department of the Interior’s Bureau of Ocean Energy Management (BOEM), triggering the establishment of what is known as the BOEM Intergovernmental Renewable Energy Task Force. According to BOEM material, “BOEM’s task forces serve as forums to coordinate planning, solicit feedback, educate about BOEM’s processes, permitting, and statutory requirements, and exchange scientific and other information.”

Prior to the request, New Hampshire would only have been able to develop offshore wind projects within three miles off the coast — the point at which state waters end and federal waters begin. This task force will investigate the potential for projects farther out into the ocean, thereby reducing the potential for visual impacts.

Citizens can expect additional information in the months ahead: announcements regarding future presentations and meetings to discuss the views of federal, state and local officials; investigation relating to any potential environmental impacts to marine life in the area; and much more. This collection of comments, information and data — which will likely occur over a roughly two-year timeframe — will ultimately lead to the establishment of leasable area in federal water for offshore wind projects.

While the task force will be a first for the Granite State, it is hardly new to the region.

Over the last several years, the Northeast has seen significant efforts to advance these clean energy projects and support the wind industry as a whole. Several neighboring Northeast states have made very sizable commitments.

For example, Massachusetts now has a committed goal to procure 3,200 megawatts of electricity from offshore wind by 2035, while Maine has an initial goal of 5,000 MW. New Jersey is calling for 3,500 MW, with New York targeting an astounding 9,000 MW goal by 2035.

The BOEM process will ultimately lead to the identification of areas off the New Hampshire coast suitable for the development of offshore wind projects by private developers. What’s still needed, however, is a stated goal of our own.

According to studies, the energy potential for offshore wind along the New Hampshire coast is somewhere in the 3,400-megawatt range. While it’s unlikely the task force will find all of the area necessary to reach that goal, a significant amount of space remains—despite our short coastline.

To put this all into perspective, the Seabrook Station nuclear power plant has a rated capacity to generate roughly 1,244 MW of electricity — just over a third of what these new wind projects could produce.

Given the region’s current electrical needs, many neighboring and regional states have established sizable targets for the amount of wind-generated electricity they hope to procure. With traditional fossil fuel and nuclear electric generators coming offline, wind — in conjunction with other renewable energy sources, greater storage deployment, and larger energy efficiency investments — will help to fill those gaps and transition the region to greater clean energy consumption.

The long-term economic potential is equally paramount. The burgeoning offshore wind market is already bringing significant investment, jobs and positive economic impacts to our neighboring states. In the years ahead, New Hampshire will have the same opportunities: to use these economic boons to lure project developers, service providers, and manufacturers to the Granite State.

The need for significant investment in the region’s alternative energy infrastructure hinges on a developed supply chain to satisfy these industries’ growth trajectory. New Hampshire has a chance to play a major role in supporting these efforts. From manufacturing any number of the 8,000 components found in a wind tower’s nacelle turbine to assembling the turbines themselves — not to mention the development of maintenance services or vessel and shipping operations — our state has the chance to be a driving force in the future of offshore wind in our region.

To find out more about BOEM, the task force process, and what other states have experienced, visit boem.gov.

The geography of bankruptcy