Group focuses on easing the strain of an increasingly difficult job 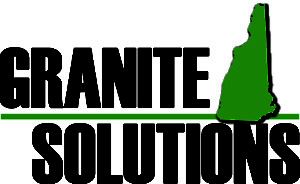 Behind the deluge of the opioid epidemic lies a tenuous line of addiction counselors trying to restrain the swell of overdoses and deaths.

Too often, they don’t have time to lean on each other for support.

But last year, on a muggy August morning, a group of these counselors recessed from the summer heat in an air-cooled space backdropped by the White Mountains and babbling brooks.

The setting was a Best Practices Waterville Valley conference room, where they assembled for six hours to discuss stories of substance misuse, alcoholism, grief, irreparable family dynamics and suicide.

These counselors weren’t disclosing details about their patients. They were exchanging their own life struggles, professional goals and turnaround moments. They also discussed what some call “vicarious traumas” — the result of watching patients suffer — and strategized how to mitigate the strain for their own psychological health, especially when faced with patients who don’t improve or refuse to follow recommended protocols.

Cynthia Thomas of Littleton, a registered nurse and faculty member of the Graduate Nursing Informatics at the nonprofit, online Western Governors University, participated in the 12-member panel at the Waterville workshop. She says the goal was to help raise awareness of clinician anxiety and burnout.

Thomas says that providers are taught to put their personal issues aside, yet when managing agitated or aggressive patients, that’s often difficult to do. She recalls working in a large medical and surgical unit in Virginia where patients with substance use disorders came in to detox medically or treat wounds from their addictions.

Many of the nurses, unless they received psychiatric training, weren’t familiar with anti-addiction medications and didn’t know how to respond to patients desperate for a fix.

“We don’t have the type of [mental health] services that people in our country need,” says Thomas. “Everybody [the provider] is trying to patchwork-quilt everything together in the moment for every single patient.”

An inadequate insurance system, she says, impedes the response to crisis scenarios. That leaves healthcare workers feeling less than satisfied about their job performance and emotionally exhausted. Ultimately, this impacts the quality of care, allowing medical mistakes to occur, often with tragic results.

These aren’t merely anecdotes. Thomas, along with her sister, Angela Thomas Jones, an alcohol and drug counselor and clinical supervisor in Littleton, sent out a survey to 200 professionals at hospitals and community health centers in the North Country, Almost all who responded — 96 percent — expressed vicarious traumas, or what those in social services label “compassion fatigue.” More than 70 percent said this fatigue compromised the care they gave to patients.

To gain insight on how to tackle heavy caseloads and work stress, Cynthia Thomas and her sister applied and received a technical assistance grant from the Substance Abuse and Mental Health Services Administration (SAMHSA). They formed a committee, the North Country Task Force on Improving Opioid Treatment Outcomes. The first meeting was held in December 2018.

Elaine Davis has worked in the substance use disorder field for more than 30 years. She’s a member of the task force and served on the panel at the Waterville conference, where she shared the anguish of growing up in an alcoholic home, and in her 20s, a failed marriage to an alcoholic drug addict.

Early in her recovery journey, while taking care of two young children and “putting my world together,” she understood compassion fatigue “before I had the words for it.”

Self-care is not currently promoted as part of a business model, says Davis, but needs to move to the forefront of an organization’s work culture. Leaders in C-level positions need to pay attention, especially since when patients are harmed, the bottom line suffers, too.

Since 2016, Thomas Jones has been teaching workshops across the country on self-care. She sees it as an ethical response to the opioid crisis.

Thomas Jones knows a thing or two about burnout and distorted thinking. In a five-year period, two close colleagues came to her with plans to end their lives. Fortunately, she helped them connect with their primary care physicians.

She also discloses, in the interest of reducing stigma, that she once had similar ideas about suicide, and checked herself in to a psychiatric facility for three nights.

Deaths by suicide for nurses and physicians are higher than those from the general population. Taught to demonstrate resilience, those in the helping professions fear disclosing their feelings about guilt, failure or exhaustion. While data about nurse suicide is lacking, the U.S. estimates about 300 physicians a year die by suicide.

Rachel Eichenbum, a nurse with the nonprofit Healthcentric Advisors, and another member of the task force, says compassion fatigue is not only a byproduct of low pay or crushing schedules. It also comes with the territory for helpers and healers: “You bring your patients home with you.”

The goals of the North Country task force closely align with those the National Academy of Medicine established in 2017 with its Action Collaborative on Physician Well-Being and Resilience, a nationwide effort with more than 60 organizations to research the causes and solutions to burnout.

First, we have to get organizations to acknowledge that burnout exists, says Thomas Jones. Then we have to better understand the triggers, and lastly, tailor practices and policies that reverse the trend.

The North Country task force wants to introduce a self-care action plan for the healthcare industry, which includes behavioral health educators, and also for policy makers and first responders. And it wants to expand statewide.

“We’re talking about a culture change,” says Thomas Jones. It’s a grassroots movement. “Look at how long the civil rights movements took, and we’re still working on those issues.”