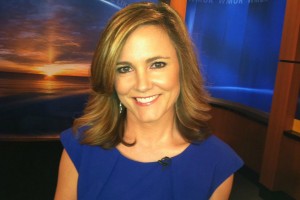 Erin Fehlau of WMUR-TV was honored as the 2020 TV Air Personality.

The New Hampshire Association of Broadcasters has honored the work of its radio and television station members with 2020 Granite Mike awards.

Among the top winners were WMUR-TV and WZID-FM, which were named the television and radio Stations of the Year, respectively, and Mark Healey, radio host for WINQ in Winchester, and WMUR-TV’s Erin Fehlau, who received the radio and television Air Personality awards. WVMJ’s “Gino and the Magic Morning Show” won First Place in the Morning Show Team category.

But the top prize – the 2020 Broadcaster of the Year award – was presented to every media outlet for what the NHAB said was “working above and beyond the challenges of the pandemic, which forced so many stations to rethink how to provide on-air content safely and without interruption.”

During a virtual awards presentation, NHAB leadership honored the member stations for their hard work.

“Our industry has suffered deep losses; we faced setbacks and had to throw out our daily rulebooks and draft a new and completely different blueprint for our day to day routines,” said Tracy Caruso, executive director of NHAB. “We have cut, simplified, distanced and even turned bedrooms, dining rooms, spare rooms into broadcast studios, production centers and sales headquarters. Despite the sometimes existential challenges, we continue to provide content, news, entertainment, information, comfort, reassurance, even laughter and distraction at a time when Granite Staters need us the most.”

Best Use of Digital Media

Public Service Campaign of the Year

Station of the Year