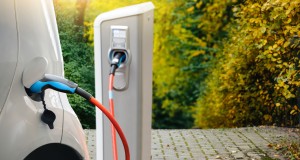 The NH Senate has approved a bill that would set the state on a path to reducing fossil fuel usage by instructing state agencies to lay plans for switching the state fleet over to electric vehicles.

Senate Bill 448, which was unanimously approved by the Senate on Thursday, had bipartisan support out of committee. The bill stipulates that all new leased state vehicles and purchased light-duty trucks and passenger vehicles should be non-emitting “as soon as it is feasible and cost effective.”

Transportation is the single-greatest source of greenhouse gas emissions in New Hampshire, a kind of pollution that is driving climate change.

Proponents of electric vehicles have pointed out that their efficiency is more than four times greater than conventional combustion engines, and electricity can be produced using renewable sources of energy that don’t pollute the environment.

The bill will now head to the Senate Finance Committee.