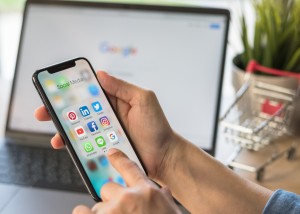 New Hampshire has joined 35 other states and Washington, D.C., in an antitrust lawsuit against Google.

Utah, North Carolina, New York and Tennessee are the lead plaintiffs in the suit, which was filed in federal court in the Northern District of California on Wednesday. It accuses Google of using its market position to unlawfully restrict competition with the Google Play app store and of driving up app prices.

The suit alleges that, through its Google Play app store, Google maintains a monopoly in the Android app market and now distributes more than 90% of all Android apps in the country. Google also requires app developers to use Google Play Billing when distributing their products on Google Play and sometimes charges commissions as high as 30%.

“To collect and maintain this extravagant commission, Google has employed anti-competitive tactics to diminish and disincentivize competition in Android app distribution,” the complaint states. “Google has not only targeted potentially competing app stores, but also has ensured that app developers themselves have no reasonable choice but to distribute their apps through the Google Play Store.”

The suit also alleges the company uses technical barriers to prevent third-party app developers from distributing apps outside Google Play and argues the company reneged on an earlier promise to allow Android to be open source.

The suit is the fourth antitrust challenge filed against Google in the past year, according to The New York Times, but the first to take aim at the company’s app store.

In a blog post, Google called the legal complaint a “meritless lawsuit that ignores Android’s openness.”