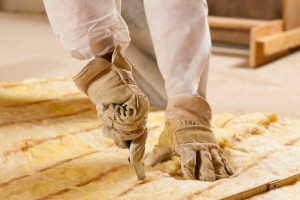 The 11-state Regional Greenhouse Gas Initiative is increasingly supplying New Hampshire with money to help expand energy efficiency in the state and increase the use of renewable sources, but the Granite State is investing a shrinking percentage of it into those kinds of projects.

Last year, for instance, the state received $33 million, about double the amount it received before. But the state will invest roughly the same amount, $3.6 million, or about 11 percent of the total in energy projects.

That’s because New Hampshire law says only the first dollar of the amount that power producers pay at RGGI auctions for the right to emit a ton of carbon or other greenhouse gas goes to energy efficiency. The rest is rebated back to ratepayers. But Rep. John Mann, D-Alstead, testified Tuesday before the House Science Technology and Energy Committee that the most money an individual ratepayer receives through RGGI is $1 a month, and most get less than that. He said that most folks could save more money than the rebate by simply using the NHSaves energy-efficiency program to help in changing over to the use of LED bulbs.

That was the compromise struck early on in the program, when conservatives in the Legislature wanted to eliminate the program in its first year. But back then, when the auction price for a compliance payment was only $2, $1 for energy efficiency amounted to half the money going to save energy. Last year, the price for carbon averaged $13 over the year, and hit $15 in the last quarterly auction.

But the compromise has stuck despite repeated attempts by energy-efficiency advocates to get more of that money towards saving energy.

This year is no different, though perhaps there is more urgency, since the Public Utilities Commission rolled back the NHSaves program’s other, much larger, source of funding, the System Benefits Charge.

Two bills heard Tuesday today could mitigate that by stepping up RGGI funding.

Mann is the sponsor of House Bill 1621, which would phase out the ratepayer rebate altogether. That would eventually increase funding nearly tenfold. HB 1601, sponsored by Rep. Peter Somssich, D-Portsmouth, would take a more modest tack by replacing that $1 for energy efficiency with 15 percent of the total amount raised, though it provides a $4.9 million floor.

In 2019, the report found, New Hampshire spent 17 percent on efficiency, and 81 percent was rebated. The rest was used to administer the program.

But at Tuesday’s hearing, there was not much support for either bill, though there was no opposition either. No one testified for Mann’s bill and only two backed Somssich’s.

“It’s high time to set aside partisanship” to support energy efficiency, said Rep. Tony Caplin, D-Henniker. The rebate not only was “bad faith with RGGI” but “penny-wise and pound-foolish,” and given the climate crisis, a “suicidal death wish” by “not even lifting a finger to save ourselves.”

Committee members seemed cool to both bills. One noted that the RGGI auction price could also go down, and then that rebate would shrink.

Mann, however, said the amount provided right now was so small, “you are giving a lot of money away, without providing any meaningful benefit. I don’t feel that sad for the individual homeowner that might be losing a rebate.”