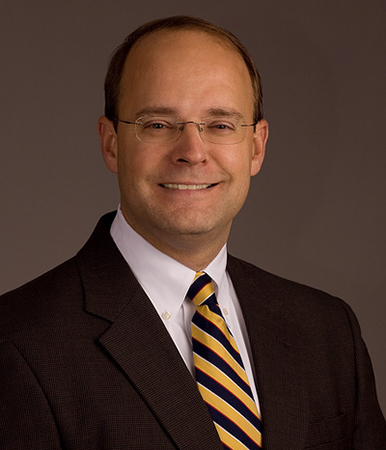 Hospitals have experienced a 40% to 45% revenue loss, which is ‘unsustainable without a major infusion of capital,’ said Steve Ahnen, president of the New Hampshire Hospital Association.

New Hampshire’s hospitals are losing a combined $200 million a month and could run out of operating funds by the summer, according to Steve Ahnen, president, of the New Hampshire Hospital Associations, testifying Monday during a telephone meeting with the Governor’s Office for Emergency Relief and Recovery (GOFERR) Monday.

Representatives of hospitals, nursing homes, doctors and nurses all called in to tell their urgent needs in the midst of the coronavirus pandemic.

While providers have had to prepare for the virus, they have put more profitable elective and routine procedures on hold. For hospitals as a whole that has resulted in a 40% to 45% revenue loss, which is “unsustainable without a major infusion of capital,” said Ahnen.

There has been some capital. The federal CARES Act set aside $50 billion for hospitals, and $100 million went to New Hampshire. In addition, Medicare has offered to accelerate payments, and Gov. Chris Sununu has set aside $50 million emergency funding for hospitals. A few of the smaller hospitals were able to take advantage of forgivable loans through the CARES Act’s Payroll Protection Program before it ran out of money. But all of that won’t be nearly enough, Ahnen said.

Shutting off elective procedures on March 16 had “devastating and dramatic effort on our financial health,” said Alex Walker, executive vice president and chief operating officer of Catholic Medical Center in Manchester. Walker said that that hospital expected to lose $60 million by the end of June, causing it to “literally to run out of funding.” The hospital, with nearly 300 beds, was reduced to 100 beds in order to prepare for a surge. “I’m not sure it is going to come,” he said.

If something isn’t going to be done soon, he added, the “consequences are dire and dramatic.”

‘They aren’t going to come back’

Concord Hospital expects to lose up to $50 million. It has been able to handle cash flow pretty well so far, thanks to a $57 million advance from Medicare. But about 600 workers had their hours cut in half. And salaried employees have been taking vacation time to keep the facility going.

Huggins Hospital in Wolfeboro lost 80% to 90% of its revenues. The small hospital estimates losses of over $10 million by July and furloughed 20% of its employees to stop the bleeding, redeploying skilled registered nurses to take the temperature of patients as they walked in the door.

And North Country Healthcare, which includes Androscoggin Valley Hospital in Berlin, Upper Connecticut Valley Hospital in Colebrook and Weeks Medical Center in Lancaster, estimates it lost 50% 75% of revenue. Staff have taken time off without pay voluntarily because with extended furloughs. “Chances are they are they aren’t going to come back,” said CEO Tom Mee.

The hospital expects visits – that normally go up by a third to the summer because of tourism – to fall. While not being specific, he warned, “a number of hospitals are risk of closing.”

Nursing homes are also at risk. Although they remain full, costs are going up and staff are quitting because of the pandemic. New Hampshire in particular has an older nursing home population than the rest of the country. The average age is 80, as opposed to 77.4 nationally, with a dementia rate of 48.6% as opposed to 53%, said Brendan Williams president and CEO of the New Hampshire Health Care Association, which represents about 80 healthcare facilities containing about 7,000 licensed beds.

Even before the pandemic, nurses were quitting, but there are now 177 open positions for licensed nursing assistants, many of whom are demoralized because of the risk while “public accolades are reserved for hospitals,” he said.

Nursing homes have had to pay extra for staff and protective equipment to protect them, a cost of about $43 per resident per day. And for a facility infected by the virus, the extra cost is $125 per resident per day. Medicaid, the primary provider of home nursing payments have slowed to almost a “standstill,” Williams complained.

“The single focus has been on hospitals, and if that doesn’t change, nursing homes will close,” he said.

The state has taken some action, promising an extra $300 weekly stipend for nursing home workers, and providing one-time testing for nursing homes in Rockingham and Hillsborough counties.

But that kind of testing is “inadequate” because it provides a “snapshot” not a “motion picture,” since the person tested today might be exposed tomorrow, said Williams.

Williams didn’t provide aggregate numbers, but he did note that surrounding states were increasing reimbursement rates, and asked for increases of 10% 20%, which he said means a “significant amount of money.”

Doctors also are struggling, said James Potter, executive vice president of the New Hampshire Medical Society, who complained that federal aid amounted to a “drop in the bucket.”

Primary care physicians’ revenue is dropping 50% and specialty practices by as much as 80%. About 40% of doctors are self-employed or in small group practices, and they are getting hardest hit, said Potter.

Many have switched to telemedicine, which insurers are reimbursing, though the verdict is out on whether those covered by large self-insured plans, which account for 50% of private payments, he said. He added that some were able to get forgivable Paycheck Protection Program loans, but many did not get in their applications in time.

If help doesn’t arrive soon, he said, some small practices my close or sell out to large entities, Potter warned.

Faced with such dire warnings, some of the GOFERR committee members asked for harder numbers – how much exactly did the providers benefit from all these various programs and what are their true needs?

“It is very difficult to know over the phone,” said Sen. Lou D’Allesandro, D-Manchester. “If we were able to conduct a hearing we could really get more in-depth.”