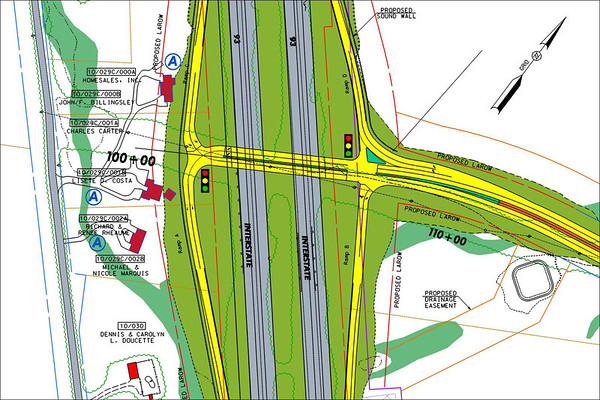 Nearly four decades after it was originally conceived, construction of Exit 4A on Interstate 93 took another step closer to completion this week after the Executive Council approved a $10.8 million contract with engineering firm VHB of Bedford to complete design of the project.

The contract provides for the design work to be completed by May 1, 2025.

The project consists of construction of a diamond interchange a mile north of Exit 4 that would provide access to the east side of I-93 and a one-mile connector road from the interchange to Folsom Road where it joins Tsienneto Road in Derry. Both Folsom and Tsienneto roads, along with the intersections along their length, will be improved to the junction with Route 102 (Chester Road), a distance of 3.2 miles.

The project is intended to reduce congestion in Derry by providing an alternative to Exit 4 for eastbound traffic from i-93. At the same time, the exit will provide access to some 200 acres in Londonderry envisioned for future development as part of the Woodmont Commons project, which straddles the highway.

The project, expected to cost $56.8 million, was delayed last year when bids came in $30 million over the estimate. With another $30 million in land acquisition costs, the total cost climbed to $120 million.