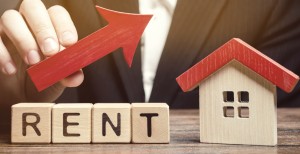 In order to determine affordability guidelines, Foothold, a developer of human services software, looked at rent and wage trends in each state and Washington, D.C., based on the U.S. Department of Housing and Urban Development’s fair market rent and the average renter’s wage in each state. The least affordable states on the national list are ranked based on the number of jobs needed at an average renter’s wage to afford a modest two-bedroom unit.

In 49 states as well as Washington, D.C., and Puerto Rico, the average renter working full time doesn’t earn enough to afford HUD’s definition of a moderately priced rental apartment, according to the study.

The Foothold survey found that renters in New Hampshire earn an average wage of $20 per hour, meaning a moderately priced two-bedroom apartment is just out of reach and in order to affordable in New Hampshire, the study found, an average renter would need to hold 1.3 jobs.

According to a recent report by the NH Housing Finance Authority, the average rent in New Hampshire is $1,584.

But affordability ranges around the state, with the highest rents found in southern New Hampshire and the lowest in Coos County, the study found.

By comparison, New Hampshire is more affordable for renters earning an average wage than any other state in New England. According to the study, Massachusetts was ranked as the second least affordable state nationally; Rhode Island was third; Vermont, fourth; Maine, fifth; and Connecticut, ninth.

The least affordable state for renters was Hawaii.