New Hampshire and Maine are growing at a slightly faster rate than the U.S. as a whole. And it’s not because more kids are being born. The two states are seeing modest population gains because newcomers moved from other states, especially at the height and in the aftermath of the pandemic.

The latest data, published in a recent analysis of U.S. Census Bureau population estimates by the University of New Hampshire, shows a trend that’s shaped northern New England for the past five years: More people are dying than being born, so population growth depends on people moving here from elsewhere. 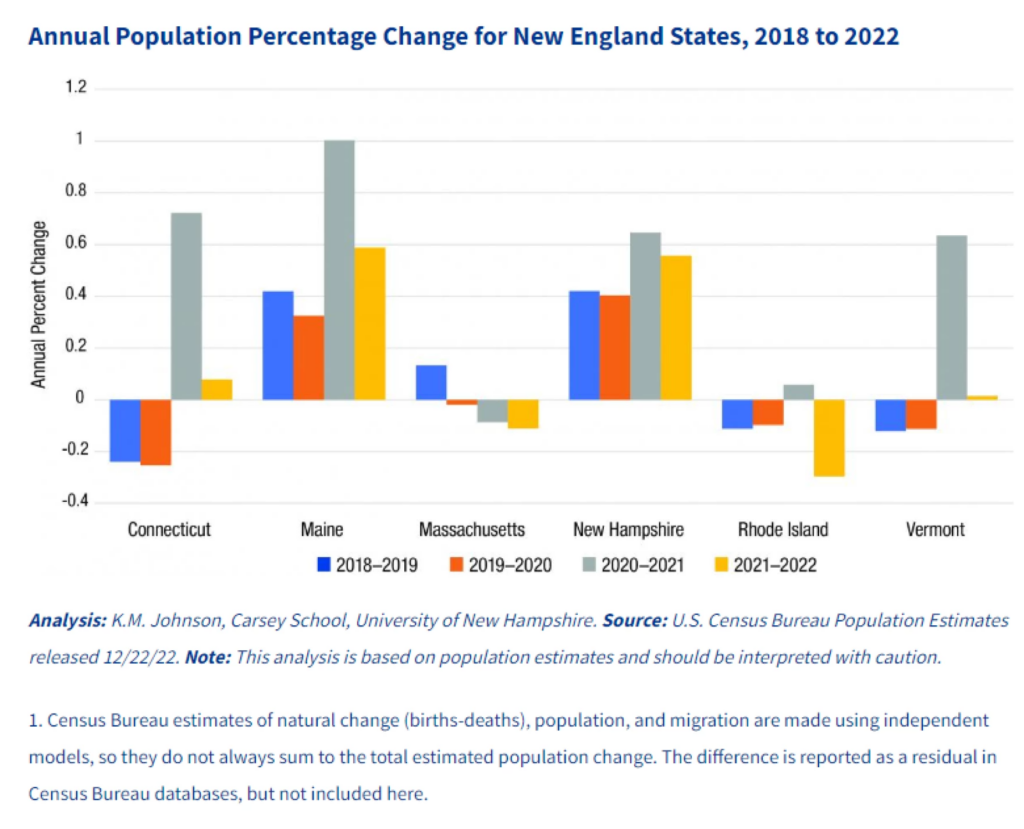 According to the analysis, Connecticut, Vermont, Maine and New Hampshire saw an influx of newcomers early in the pandemic. That trend continued into this year in New Hampshire and Maine, but at a slower rate. From July 2021 to July 2022, New Hampshire’s population grew by 0.55 percent, driven entirely by migration. That’s higher than the rate of New England (0.06 percent) and the country as a whole (0.38 percent)

In that same time, Rhode Island and Massachusetts saw their populations decrease last year, driven in part by residents moving away.