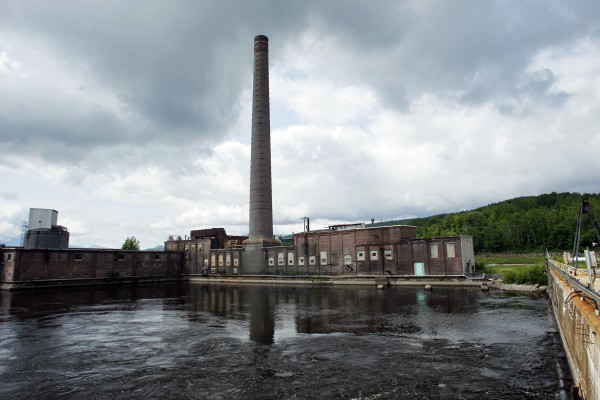 The Gorham paper mill is one of the oldest remaining in operation in North America.

At the time of its bankruptcy filing in November, the Gorham Paper reported debts ranging from $50 million to $100 million.

The sale – which includes all of the assets of Gorham Paper and Tissue and its subsidiary, White Mountain Tissue – was approved in December by Bankruptcy Court Judge Karen Owens.

The cash purchase price was listed as $8.75 million. The new owner also assumed a $3.3 million loan owned to Bank of New Hampshire as well as $248,640 owned to the Androscoggin Valley Regional Refuse Disposal District. The new owner also pledged to pay back taxes to the city of Berlin and town of Gorham. Gorham is owed about $600,000, and Berlin is owed over $170,000.

The new owner also has rebranded the company, which will be known as White Mountain Paper Company. The mill produces 30,000 tons of “parent roll” tissue a year for the private label market as well as paper towels. It has about 100 salaried and hourly employees.

Behrens managing partner Evan Behrens said in in a statement that his firm will “significantly modernize the facility’s power, water and civil infrastructure to position the mill, and its state-of-the-art White Mountain tissue machine, as a leader among North American tissue and towel producers.” He added, “We are thrilled to partner with White Mountain’s dedicated employees to set the stage for sustained growth.”

Behrens said the mill will be led by Price Howard. president of Global Management Partners of Greer, S.C, who has experience in the pulp and paper industry. Also assisting in the transition to new ownership was Central National Gottesman of Purchase, N.Y., which helped with supply chain support.

Lynn Tilton and Patriarch Partners purchased the mill in 2011 after it had been shuttered for several months by the previous owner, Fraser Paper. In 2012, Patriarch installed a new $35 million tissue machine at the plant. But the three collateralized loan funds Tilton used to fund her purchases of distressed assets went bankrupt in 2018.

The mill dates back to 1852 and is one of the oldest remaining paper mills in operation in North America.