History shows that not all holidays are created equal 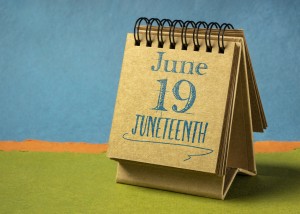 Two years ago, New Hampshire recognized Juneteenth in state law. This year, June 19 falls on a Saturday, which means many of us will have the day off to celebrate. Any other year, though, public schools and state offices would still be open. That’s because Juneteenth is not an official state holiday – and if it was, history suggests there would have been a lot more debate about whether to recognize it.

Not all holidays are created equal

There are a few different ways to declare a holiday.

The federal government of the United States designates 10 official holidays:

New Hampshire state law recognizes the same 10 holidays, plus Election Day. Public schools and state offices close for these days. State law does not require employers to recognize these holidays, although many do.

The governor can also proclaim special celebration days or “observances,” with or without the direction of the Legislature. These less formal holidays are not a day off for state employees — or usually anyone. Instead, the proclamations “urge” the public to remember and observe.

There are over two dozen of these observances, found in Chapter 4 of New Hampshire’s state laws. For example, RSA 4:13-s proclaims March 13 as Canine Veterans Day. RSA 4:13-z proclaims the second Saturday in June as Pollyanna of Littleton New Hampshire Recognition Day.

In 2019, the Legislature added Juneteenth to the list, through RSA 4:13-aa. This holiday commemorates the June 19, 1865, announcement in Texas of freedom from slavery. Juneteenth celebrations date back to African American communities in Texas in the 1800s. Texas was also the first state to recognize Juneteenth as a state holiday in 1980.

When it comes to proclaiming observances, there is usually little resistance from New Hampshire lawmakers. For example, the bill to recognize Juneteenth passed unanimously in the state Senate and passed on a voice vote in the House (meaning the “yeas” were overwhelmingly louder than the “nays”).

When it comes to changing the official list of state holidays, however, debate has been heated and sometimes prejudiced.

New Hampshire legislators only agreed to acknowledge Civil Rights Day in 1991 if it replaced a different holiday: Fast Day. According to the New Hampshire Almanac, it was “not the intent of the General Court … to create an additional paid holiday for state employees.” (If you’ve never heard of Fast Day, be glad; it was a day of public humiliation, fasting and prayer to curry favor from God before the spring planting.)

In recent years, holiday debates have turned to whether New Hampshire should celebrate Indigenous People’s Day instead of Columbus Day.

The idea of replacing Columbus Day with Indigenous People’s Day in New Hampshire can be traced to 1992, the 500th anniversary of the first voyages of Christopher Columbus. That year, the New Hampshire House and Senate both voted on a resolution to proclaim Oct. 12, 1992, as Native American Day. The resolution passed the Senate but was voted down in the House.

The resolution noted how the arrival of Christopher Columbus led to the “nearly total genocide and annihilation of the indigenous population.” The resolution also noted the contributions of the Abenaki, Pennacook, Sakoki, Pigwacke and Micmac nations in New Hampshire.

In recent years, legislators have resurrected these arguments and introduced bills in 2018, 2019 and 2021 to rename Columbus Day as Indigenous People’s Day in New Hampshire. None of these bills passed, although other states, from South Dakota to Maine, have made the switch.

In 2021, members of a House committee tried to forge a compromise, adding an entirely new Indigenous People’s Day to the list of official state holidays, to be recognized Aug. 9. That proposal died when the House failed to act on it before deadline.

The debate over Columbus Day and Indigenous People’s Day is likely to repeat over the coming legislative sessions.

More than a day off

There is something to be said for not marking every occasion with a day off from work. While Memorial Day is intended as a day to remember those who sacrificed their lives in service to their country, somber ceremonies are often overshadowed by summer barbecues. Washington’s Birthday seems to be a celebration of car and furniture sales.

Still, what we celebrate says just as much about us as what we condemn. Whether you support changing any of New Hampshire’s official state holidays or not, it is worth pausing on these days to reflect on their origins and what might be missing in our celebrations.

Citizens Count is a nonprofit serving the New Hampshire community by providing objective information about issues, elected officials, bills, elections, and candidates. This article articles are being shared by partners in the Granite State News Collaborative. For more information visit collaborativenh.org.