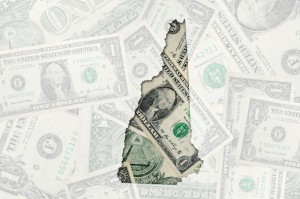 Business and real estate tax revenue continues to drive state revenues above expectations for the fifth month in a row with the release of January’s data.

However the Covid-19 pandemic continues to take its toll on the hospitality and tourism industry as the state’s second largest revenue producer continues to lag well behind estimates for the month and the 2021 fiscal year.

Tax receipts for January were $181.4 million, which are $29.8 million above the budget plan for a balanced budget at the end of the biennium June 30, and $43.3 million more than a year ago.

For the first seven months of the fiscal year, the state collected $1.24 billion, which is $114.9 million above plan and $123 million more than a year ago.

Business taxes, in spite of the pandemic have been running ahead of estimates and continue that trend particularly the business profits tax which is largely paid by large multinational and multi-state corporations that have felt little of the pandemic’s economic woes smaller businesses are experiencing.

According to Department of Revenue Administration officials, the increase is primarily due to an increase in estimate payments and a decrease in refund payments.

The state’s red-hot real estate market continued in January with the real estate transfer tax producing $24.7 million, or double the estimate. For the fiscal year, the levy has produced $130.5 million, which is $25.8 million above the budget plan, and $20 million more than a year ago.

The tobacco tax also continues to produce more money than anticipated due to Massachusetts’ ban on menthol and other flavored cigarettes and fewer people quitting smoking in the pandemic.

The levy produced $19.1 million in January, which is $3 million above the plan, and $2.1 million more than a year ago.

For the first half of the fiscal year, tobacco taxes produced $149.6 million, which is $28.9 million above the revenue plan, and $29.2 million more than a year ago.

The state’s second largest revenue source, the rooms and meals tax, continues to perform below estimates due to the pandemic.

For January, which reflects December activity, the rooms and meals tax produced $21.2 million which is $9.1 million below what budget writers anticipated for the month, and $6 million less than a year ago.

According to DRA, January revenue from meals was down 18.6 percent and hotels down 39.7 percent from a year ago.

Liquor and securities revenues, as well as the interest and dividends, communications, insurance and beer taxes were all slightly above estimates for January while court fines were slightly below and the insurance tax met its estimate.

The highway fund was slightly below estimates as the gas tax was off substantially but vehicle registrations nearly made up the difference.

Through January, the highway fund produced $142.8 million, which is down $4.9 million for the first seven months of the fiscal year.

The Fish and Game fund has seen an increase for this fiscal year as people participate in outdoor activities.

January, the fund produced $8.3 million, which is $1.6 million above the revenue plan for the year.

According to the state’s Comprehensive Annual Financial Audit released in December, the state ended the 2020 fiscal year with an $81.5 million deficit, which is less than anticipated in the midst of the pandemic.

The deficit will have to be filled this fiscal year to have a balanced budget at the end of the biennium June 30, which may be possible with better than anticipated revenues for the first half of the year or by tapping some of the $115 million in the state’s rainy day fund.