Application, rules still being worked in for program to aid small businesses 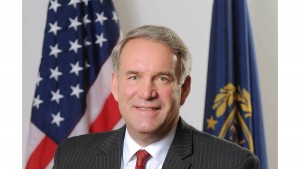 Jerry Little, who heads the state’s GOFERR panel, said the application and guidelines for Main Street relief will be out ‘soon.’

New Hampshire businesses should “soon” be able to get some assistance through the newly established $400 million Main Street Relief Fund, but it’s not clear how soon.

Some 13,000 Granite State businesses filled out pre-applications by the May 29 deadline in order to be eligible for grants that would cover some of their losses due to the Covid-19 pandemic.

But the final parameters and the application itself, which were supposed to be released Monday, have yet to be revealed.

Gov. Chris Sununu, in response to a question at his Monday press conference, said that some duplications held things up and that they would be out later this week.

Also on Monday, Jerry Little, head of the Governor’s Office For Emergency Relief and Recovery (GOFERR) told NH Business Review that the parameters and application would be out “soon.”

That was the same answer Shaun Thomas, tax policy analyst at the state Department of Revenue Administration – the department administering the program – gave on Wednesday.

“Things are taking a little longer than expected, but everybody is working very hard. We want to get it out quickly, but it is better to get it right than get it wrong,” Thomas told GOFERR’s Legislative Advisory Committee.

Under the original schedule, business were supposed to get a week, until June 8, to submit an application to receive a grant, but that date will be extended, Thomas said.

The two-week pre-application process was supposed to give state officials the information they needed to determine how to design the new program – the state’s largest allocation of the $1.25 billion in federal CARES Act funds it received.

In a simple application, businesses were supposed to provide their gross receipts from 2019, what they expect to earn this year and any aid they received through federal programs like the SBA’s Payroll Protection Program.

Like the PPP, the Main Street program’s grants are also aimed at small businesses, those with less than $20 million in revenue, though they do not include farmers, day care centers, nonprofits and healthcare providers, since GOFERR carved out a separate allocation for each of those sectors.

Guidelines for those programs are also being developed and are also mostly behind schedule as well, according to Wednesday’s presentation.

As for the actual Main Street application, it should be similar to the pre-application, said Thomas, taking no more than 15 minutes to fill out.

The business also must agree to report at the end of the year how much it actually made and what it spent the grant money on. Businesses might have to pay some of it back if their losses are not as great as anticipated. But those details have not been determined.