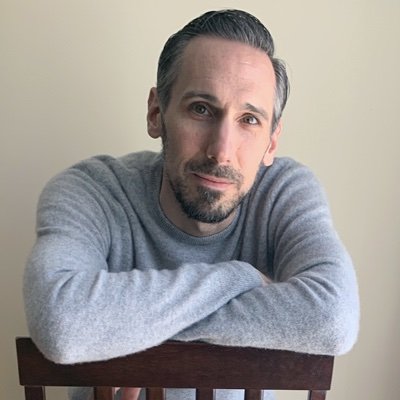 Richie Coladarci, a human resources strategist at Merchants Fleet in Hooksett, has started a free online resource offering HR advice from volunteer professionals around the country.

A New Hampshire human resources professional’s idea is growing into a nationwide endeavor to provide HR expertise to those who need it most.

Last month, Richie Coladarcli, an HR strategist at Hooksett-based Merchants Fleet, launched A Friend in HR, a free online resource that connects individuals seeking advice with a HR professional. What started as a soft launch with the help of a half dozen volunteer HR professionals – many from New Hampshire – has expanded to approximately 30 HR professionals across the country, and growing.

“It’s the power of how quickly an idea has spread,” said Coladarci. “There are people wanting to give back and help,” including providing administrative and technical support to automate requests in the near future, as word spreads and demand increases.

A wide and diverse range of professionals have signed up to offer their services, he said.

Consultants average 20 years of experience. And having consultants in a variety of states is important so advice complies with state laws.

Coladarci said the idea came to him after he was approached by several friends and acquaintances seeking advice after their job was impacted by the Covid-19 pandemic.

Requests from individuals who have utilized A Friend in HR’s services range from mock interviews and resume-building to employee rights in light of the CARES Act and the latest federal stimulus bill. Afterward, individuals are asked to complete a survey that asks for demographics data, “so we know we’re fulfilling our mission.”

“Our focus has been trying to reach an audience of people who don’t have as many resources or someone to turn to,” said Coladarci, who has shared the volunteer organization’s mission through LinkedIn and flyers at grocery stores. “Our mission is to level the playing field.”

Translating HR speak has always been needed, but recent federal legislation has added a new layer of complexity, he said.

“There was a lot of legislation, with the Families First Act, the CARES Act, and a lot of that spoke to employee rights and it wasn’t easy to understand,” said Coladarci.” “There are certain companies that needed to comply, certain companies that didn’t. This is complicated for HR people, and we’re working through it – it’s going to be more complicated for employees.”

Connie Roy-Czyzowski, vice president of human resources at Northeast Delta Dental and a volunteer consultant for A Friend in HR agreed that the new legislation has made things more complex.

“Congress wanted to get something passed and not all the t’s were crossed and i’s dotted, so there’s a lot of uncertainty on both sides, by employees and employers,” she said.

employer required something that made the employee feel uncomfortable. “That’s a very difficult situation and some people are from small companies without HR involved. Sometimes you don’t want to ask your employer.”

Coladarci added that he expects there’s going to be an “avalanche” of demand,” for the initiative’s services.