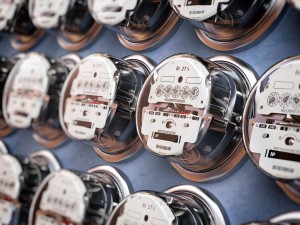 The New Hampshire House and Senate have reached a compromise that would allow net metering to expand greatly, at least when it comes to municipalities and school districts.

Net metering is a way for renewable energy producers – usually solar, but sometimes wind or hydro – to get paid for the excess power they generate. The arrangement is currently limited to customers producing one megawatt of electricity or less, but there has been long been a push by renewable energy advocates to expand the limit it to five.

Gov. Chris Sununu previously vetoed such efforts, but he has hinted he might be open to a bill that is limited to towns and cities and school board.

House Bill 315 does just that, and both the state House and Senate are trying to reconcile two versions of that bill through a conference committee. But that fate rests on another bill – Senate Bill 91 – which is at the heart of the debate over net metering: What is a fair rate to reimburse producers of net metering?

SB 91 originally was an omnibus energy bill that also contained some language on energy storage, which would be key to any renewable energy development. But the House slipped in some language changing the way the state Public Utilities Commission would determine the net metering rate.

Utilities would like to change the default rate at which they would have to go out and buy power on the market, which they say is a subsidy, and many Republicans, including Sununu, agree.

But renewable energy advocates, Democrats and some Republicans, argue that there are benefits that should be taken into account including reducing fossil fuel use and economic benefits that go beyond the actual homeowner with solar panels on their roof or the town with a solar array at the landfill.

The PUC tried to weigh all this in figuring the cost in an adjudicatory struggle that ended with an interim compromise in 2017 while it obtained more data to come up with a permanent rate. That process – and the controversy that surrounds it – has been going on for years and is still simmering.

An amendment to SB 91 threatened to burst that debate by changing the standard for PUC decisions from finding “evidence of unjust and unreasonable cost-shifting” to “ensure” that it “does not shift costs to other customers.”

“It was important to look closely at cost-shifting implications to the ratepaying public because when we increase the cost, we hurt the poorest among us,” said House Science Technology and Energy Committee Chair Rep. Michael Vose, R-Epping, at the committee of conference on Monday.

“The Senate does not believe there is a subsidy,” responded Senator Majority leader Jeb Bradley, R-Wolfeboro. But Bradley said he was concerned that a “brand new standard” for net metering would “relitigate the order of 2017.”  He also emphasized that since the bill would only be limited to municipalities,  there had to be a “sensitivity to taxpayers” who could save money via net metering, and not just the impact on ratepayers.

The House backed off the language but then tried to limit Renewable Portfolio Standard incentives for those who use net metering. The Senate countered with detailed language that would have required accounting for such things as distribution and load avoidance.  The House held up signing off on HB 315, which would have allowed that expansion.  The two sides left with an impasse.

But on Tuesday, after some input from the governor’s office, the House appeared to back down, adding language that would grandfather any rates previously set by the PUC. And in the future the PUC would be instructed to balance the interests of customer generators with ratepayers by “maximizing any net benefits while minimizing any negative cost shifts,” and it should take into account both load obligation reductions and voided transmission costs – both of which the PUC already does.

Vose said he was “disappointed” that the House backed off, but Bradley thought it was a “great job to leave rate-setting to the experts,” adding that the final language was a “work of genius.”

The language of SB 91 is “really excellent,” enthused Kelly Buchanan, director of regulatory affairs for Clean Energy NH. As for the net metering bill, “this will bring new economic opportunities” to cities and towns and “attract developers to our area.”

That is, if the measure passes. The full House and Senate still have to vote on it next week, and Sununu has to sign it, or at least not veto it, for it to become law.