New Hampshire fitness facilities ‘on the verge of bankruptcy’

Urge task force to let them reopen, saying it can be done safely 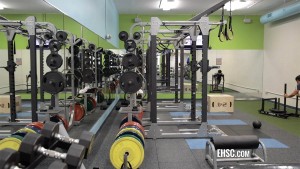 Many of the state’s fitness facilities “are on the verge of bankruptcy” and may follow in the wake of the Gold’s Gym chain – which filed for Chapter 11 bankruptcy on Monday – if they don’t get to reopen soon, Michael Benton, CEO of Genavix Corp., a national chain as well as the owner of three fitness centers in New Hampshire, told the Governor’s Re-Opening Task Force on Tuesday.

And shortly after his testimony, Hampton-based Planet Fitness, the largest fitness chain in the nation, announced sharply reduced earnings after being shut down for the last two weeks of the quarter.

Benton, speaking to the task force, said he thought the fitness industry could reopen safely, with strict social distancing and sanitation guidelines in place, by May 18.

At the very least, he urged the committee to let gyms reopen by June 1, so they can invite members back and collect monthly membership fees, which are usually due on the first of the month.

Fitness centers can’t take advantage of the federal Payroll Protection Program, because virtual workout sessions only go so far, and gyms, unlike restaurants, can’t offer takeout. “We didn’t apply for the PPP,” said Benton, who owns Executive Health & Sports Center in Manchester, Express Fitness in Hooksett and the Sportsplex in Bedford.

“There is no money to run our operation,” he said.

But fitness centers are not just another sector of the economy. They are important to customers’ health.

“Disrupting a pattern of exercise hurts their ability and immune system to stay healthy,” he said.

With help from others in the industry – and based on the experiences of gyms that are open in other states – Benton presented a detailed 19-page reopening plan. It would allow gyms with a front desk to remain open from no more than 5 a.m. to 10 p.m. at 50% capacity, and each member would be “asked to have their temperature voluntarily taken.” The staff would enforce social distancing.

Exercise equipment would be placed eight feet apart. Group exercise activities would still be allowed, but they too would be cut in half and people spaced 10 feet apart, and contact sports, like basketball, would remain closed. Pools would also be open at 50% occupancy. Showers and lockers would remain open, but saunas and steam baths shut.

In addition, staff would be offered personal protection equipment and at a minimum wear face masks, be behind Plexiglas shields, and shifts staggered to prevent congregating, with touchless or disinfected time clocks.

Hand sanitizers would be located throughout the facility and equipment would be sanitized after every use. No guests would be allowed and no new out-of-state members could sign up.

D.J. Bettencourt, chair of the task force, said a working group would consider the guidelines.

Even though Planet Fitness didn’t testify at the hearing, Bettencourt said the company wished to participate in that group.