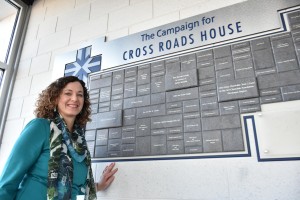 One year after the Covid-19 pandemic was declared a public health emergency by Gov. Chris Sununu, the rental market in New Hampshire will receives another dose of government assistance on March 15. But even with new relief on the way, the creation of affordable housing remains a pressing issue.

The latest round of assistance — $20 million – comes from a stimulus bill passed in January that dedicated $25 billion to the states.

The New Hampshire Emergency Rental Assistance Program will be administered by New Hampshire Housing Finance Authority, in collaboration with the Governor’s Office of Emergency Relief and Recovery. They will work with the five regional Community Action Partnerships that will accept and process applications and payments for the program.

“When tenants cannot pay rent and landlords cannot pay mortgages, you end up with challenges, not only to the economy but to people’s safety,” Margolin said. “So, having stabilization is really important when you’re making sure people have a home to stay in or to keep the economy going. The bill provides a significant amount for rent relief.”

At the beginning of December, around 12.4 million adult renters reported that being behind on their rent payments, according to the Center on Budget and Policy Priorities.

The funds for the most recent program can be used for back rent and overdue utility payments from the start of the pandemic, as well as future bills. Renters will be eligible for relief if their household income is below 80% of the area median income (which varies by county and household size), and someone living there has qualified for unemployment benefits; lost part of their income or experienced financial hardship because of the pandemic; or can show that they are at risk of losing their home.

Landlords and utility companies can be paid directly by state and local governments if tenants have signed off on the application. If landlords refuse the aid, renters can apply and receive the funds and then pay their landlords. Households are eligible for 12 months of assistance but may receive up to 15 months if needed to stay in their home. New with this bill, according to housing experts, is that it allows landlords to initiate the process of receiving rental assistance (this was not the case the last time around), though they say tenants will need to sign on to the process.

According to Margolin, this could be helpful with tenants who are so put off by the paperwork of applying that they don’t do so.

“The tenants aren’t going to get the money for any purpose other than paying their rent or utilities and the tenants’ ability to repay what they owe during the pandemic is all to the benefit of the landlord,” he said. “And the legislation allows the landlord to initiate the process. On the flip side, there have been times when any given landlord would have no desire to participate in the program. In such cases, this legislation will enable program administrators to pay the money to the tenant so the tenant can then offer a normal payment and you don’t need the landlord’s participation or consent.”

Another difference with this program is the timeframe in which the money must be used.

“With the last program we had a short period of time initially to use the money,” Margolin said. “This $200 million we can spend over the next two years. It’s nice because we can really implement a program thoughtfully and make sure it gets out to people who need it.”

Incentives for affordable housing production are not contained in the emergency rental fund but are found in a provision in the bill that fixes the non-competitive 4% tax credit.

Experts in New Hampshire agree that this tax credit is the number one resource for helping to create affordable housing production.

Ben Frost, managing director of policy and public affairs at New Hampshire Housing, said fixing the tax credit at 4% is a significant improvement to the existing program which had allowed the credit percentage to float in the past.

“It will depend on developers, to the extent they’re interested in doing this.” he said. “To the extent that Congress is considering improvements to the tax credit, then increasing the allocations to states would be helpful because we’ve seen with corporate tax returns, there is less of an appetite for tax credits among investors. So increasing the allocation would help to cover the decreasing investment interest. To the extent homeowners and renters have additional resources to pay bills, it will help.”

HB 586 was part of the New Hampshire Council on Housing Stability Council’s Report and Action Plan recommendations to the Governor last December.

“The bill represents years of engagement, education, and compromise,” Margolin said in a statement from Housing Action NH. “Governor Sununu’s housing task force crafted proposals that would help incentivize the market while respecting local control. Opponents today claimed that the bill needed work, but a long list of commissions, task forces and legislative subcommittees have already worked the proposals in this bill for a decade.”

Stephanie Savard, chief external relations officer for Families in Transition and director of the New Hampshire Coalition to End Homelessness in Concord, agrees that while a rental relief program is crucial to ensure people won’t lose their homes, the long-term goal is affordable housing.

The tabling of HB 586 in the midst of a housing crisis, Savard says, causes a “significant delay of such important tools to incentivize developers and regions to bring new housing solutions to our communities.”

“We need affordable housing. We don’t want people to live in survival mode, but to live comfortably so they can afford childcare, health care, food, instead of worrying about that, or their rent. The governor’s Council on Housing Stability, the policy recommendations and program recommendations—I feel he put that together because he wants to hear what the changes are that we can make, both easy and long-term.”

Martha Stone, executive director of Crossroads, member of the Governor’s Council for Housing Stability and part of Housing Action New Hampshire, says the emergency rental relief program provides a generous amount of funding. But she, like Savard, has serious concerns with the cost of affordable housing in the state.

“We can provide safe emergency shelter. We can provide case management. We are skilled at connecting people to the supports they need, not just housing. But once we’ve helped someone stabilize, the biggest challenge we face is the lack of affordable housing to have them move into. Even people who are employed cannot typically afford a market-rate apartment.”

In Portsmouth, where Crossroads is located, there is a 1% rental vacancy rate. Stone says a healthy rate is 5%.

The median cost of a two-bedroom apartment in Rockingham County is $1,623, according to a 2020 report by New Hampshire Housing. This represents a 28 percent increase in cost since 2015.

Across the state, there is a shortage of rental homes that are affordable and available to extremely low-income households. These include households whose incomes are at or below the poverty guideline or 30% of their area median income.

Many of these households are severely cost-burdened, spending more than half of their income on housing.

According to the National Low Income Housing Coalition’s website, there is a deficit of 23,983 rental units affordable and available for the nearly 40,000 extremely low-income renters.

Crossroads owns its own shelter property and an apartment building with 12 units of affordable housing.

Helping those with rental assistance, Stone says, involves more than providing them with money. Many tenants become intimidated by the process itself, which involves gathering the required documentation. One way to alleviate this difficulty is through case management.

“I think it’s fair to say some people could be intimidated by the process of having to gather the required documentation. Having someone to guide them is useful.”

Yet, with the high prices of rental units in New Hampshire, combined with a low occupancy rate, Stone says trying to help someone get a rental unit — especially when they have a poor rental history — is extraordinarily difficult.

And this lack of affordable housing affects the ability to house those in immediate need of shelter for shelters like Crossroads House that are running at or near operating capacity.

“This (stimulus money) is helpful in helping people if they’re already housed. But we need (to create more affordable housing) because that is also connected to the backlog in the emergency shelter system,” Stone said. “We could free up more shelter beds if we could more quickly move people into permanent housing.”

Most shelters today, Stone says, are already operating at less than capacity because of the pandemic. Typically, Crossroads serves more people in the winter months. Last year it served 120 in March while this year it was only able to serve 85.

“To meet CDC guidelines, we had to change. We had to keep people safe, but we’re serving fewer people.”

Being homeless, she says, “is a huge risk to one’s health.”

The Housing Partnership is a non-profit organization that provides rental housing to low-income households in the Seacoast region of New Hampshire and southern Maine. While the organization’s mission is to provide high-quality housing for families who can’t afford market rent, it also, like Crossroads, maintains properties.

Executive Director Marty Chapman said many of the residents work in sectors of the economy — food service, retail and hospitality — that were frozen by the pandemic.

“While the Housing Partnership’s mission as a nonprofit is to provide high-quality housing to families who can’t afford market rents, we also of course must be able to maintain our properties in sound financial condition for the benefit of all residents. The decline in rental revenue caused by the pandemic has created economic uncertainty for both our housing portfolio and the organization as a whole.”

Chapman said the number and length of delinquent lease payments has increased steadily during the pandemic, along with a corresponding number of residents seeking financial assistance or forbearance.

“While the various forms of federal and state assistance have provided a temporary measure of support, we see clear anecdotal evidence that the restructuring of the pandemic economy is having a long-term impact on the low-income households we serve,” he said.