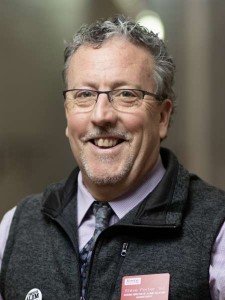 Steve Fortier of Alstead, former director of external relations at Keene State College, has been named the interim executive director of Monadnock Economic Development Corp. to help guide the agency through a strategic planning process.

While Robert’s expertise was in developing projects, the board has decided it needs to step back and develop a new strategic plan in the short term, Keene Mayor George Hansel said.

MEDC has helped finance and develop various major projects in the Monadnock Region, including the Keene Public Library expansion, the Monadnock Food Co-op, Bensonwood’s new facility in Keene and the Cheshire County courthouse built in 2013.

MEDC announced in November that it was forming an advisory board to help it plan for the future, noting that outstanding debts from past projects have created financial pressure. As part of that, the organization may assess whether to shift its focus from real estate development to other activities that promote economic growth.

Fortier told The Keene Sentinel that he’ll be looking at the strategic planning process and work on strengthening the board of directors.