Measure would allow construction of up to four units in areas served by water, sewer 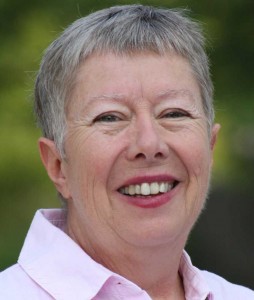 Ivy Vann, sponsor of HB 1177, says the bill ‘relegalizes’ smaller multi-family buildings, which were once ubiquitous in many New Hampshire communities.

Advocates of promoting changes to local land use policies in order to spur development of affordable housing may have been handed a defeat last week when the House Municipal and County Government Committee recommended killing House Bill 1087, which would limit town zoning ordinances related to minimum lot size. But that same panel did vote to endorse another measure, HB 1177, which advocates say should spur the creation of so-called “missing middle” housing – duplexes, triple-deckers and quads – by requiring that municipalities allow up to four-unit apartment buildings in areas that are served by municipal water and sewer.

The bill, sponsored by a bipartisan group of legislators “relegalizes” smaller multi-family buildings, which were once ubiquitous in many New Hampshire communities, said Rep. Ivy Vann, D-Peterborough, prime sponsor of the measure and a town and urban planner by profession.

Many communities allowed such housing years ago, but added restrictions in the suburban era after World War II, furthering sprawl.

While HB 1177 basically would require municipalities to allow buildings of up to four units, a developer would still have to follow all local regulations that apply to other houses, such as setbacks. It also allows the conversion of existing buildings into up to four units.

That’s something Vann herself did with her “big old Victorian” in Peterborough, which she “converted it into three beautiful apartments.”

“We had them rented long before the work was done,” she said, adding that “they’re not dirt-cheap, but they fall into the workforce umbrella of 80 percent of average median income.”

A key attraction of building “missing middle” housing, she said, is that the people developing the buildings will most likely be local residents and others from inside New Hampshire.

“Big development firms are not going to come from California and build a fourplex in a small town,” Vann said. “This is a bill that privileges big construction companies.”

But Vann and other proponents of the measure see it as a means of addressing what is becoming an increasingly acute housing crisis in New Hampshire.

“When we don’t have enough places where people want to live, people won’t want to live here,” said Vann.

She said she was “cautiously optimistic” that the bill would be passed by the full House before moving to the Senate, where Majority Leader Jeb Bradley, R-Wolfeboro, is a sponsor.