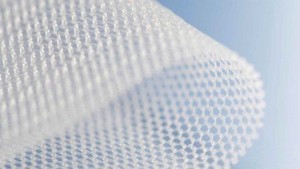 Atrium Medical Corp. in Merrimack has settled litigation over its hernia mesh implants in what may be one the largest mass tort suits ever heard in New Hampshire courts.

The settlement has not been finalized or released, but Gitinge Group, Atrium’s Swedish parent company, announced on Dec. 8 that it has set aside the equivalent of more than $66 million to deal with the New Hampshire mesh litigation.

“I am pleased that we can put this behind us and fully focus on our core business,” sad Mattias Perjos, CEO of Getinge, in a press release.

The plaintiffs’ lead attorney was not available for comment.

The lawsuits, which date back to 2016, were filed in U.S. District Court in Concord, often constituting the bulk of the cases on the docket. More than 3,000 short complaints were filed in New Hampshire, 16 in the last week. Nearly all were consolidated in a master case with 1,300 court filings.

The consolidated lawsuit charge that Atrium’s C-QUR hernia mesh products, which are coated with a fish oil derivative (an Omega-3 product similar to the nutritional supplement) that they say has caused serious side effects and medical problems.

Atrium was acquired in 2011 for $680 million by Maquet Cardiovascular, a New Jersey-based subsidiary of Getinge. Both companies were named in the original lawsuit, but the plaintiffs dropped Getinge after another confidential settlement. Atrium no long makes mesh products, but it is still on the liability hook.

Mesh litigation is a big deal, almost in the same league as tobacco, asbestos and opioid suits. The biggest awards have been paid out to patients who had transvaginal pelvic mesh implants. In 2017 for instance, Endo International spent about $2.6 billion to settle its mesh case. Boston Scientific agreed to pay $188.7 million to settle claims in March and CR Bard reach a $60 million accord last September. New Hampshire got a piece of the latter settlement.

While the Atrium settlement was announced in court on Dec. 9, the document was not with the court and will remain confidential. The court does have to approve motions to stay the proceedings, set up a fund and to approve a special master, who will be Ellen K. Reisman, a Washington D.C.-based attorney who was also a master in the CR Bard case. She will be charged with fairly distributing the money once a certain percentage of the litigants sign the agreement. If that doesn’t happen, then the settlement fails, and the litigation continues. The process of getting those signatures, sometimes from an estate, usually takes months.

But Atrium’s legal troubles are not over. There is also litigation concerning another line of its hernia mesh products, ProLite and ProLoop. A plaintiff lost a jury case in Chicago related to the products, but numerous others have been filed, and an attorney is attempting to consolidate them into another mass tort case in California.