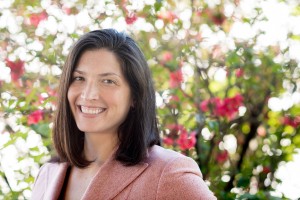 He said New Hampshire police at the state and local level are expanding the use of dashboard and body cameras, and that trend will likely grow in the wake of an Executive Council vote on Wednesday to approved $720,000 in match funds for the purchase of cameras for 29 police departments. More than 250 State Police cruisers have been equipped with front-facing and backseat cameras, and nearly all State Police units have been outfitted with body-worn cameras, Gov. Chris Sununu told the council.

The cameras were among the recommendations of the Commission on Law Enforcement Accountability, Community and Transparency that Sununu created in 2020 after the killing of George Floyd in Minneapolis.

Attorney General John Formella has added his name to the list of 36 attorneys general across the United States who are working with The Jason Foundation Inc. to address the public health issue of youth and young adult suicide.

“Suicide, particularly among our young people, is something we must all take urgent action to address, by raising awareness as well as sharing and improving resources,” said Formella. He added that the JFI partnership “gives New Hampshire an important seat at the table in the national conversation surrounding this issue, looking at everything from best prevention practices, to gaining insights to better prepare communities to spot warning signs and ultimately stop these tragedies from taking place in the Granite State.”

The law firm of McLane Middleton has been recognized with six firm rankings and 22 individual attorney rankings in Chambers USA’s Guide to America’s Leading Lawyers.

Chambers selected McLane Middleton’s offices in New Hampshire as top-ranked in the state for Corporate/Commercial, Environment, Intellectual Property, and Litigation: General Commercial. The firm received the second-highest tier ranking in in Labor & Employment and Real Estate.

Attorney Jory Lange of The Lange Law Firm says he has been retained by victims of the recent Buba Noodle Bar salmonella outbreak in Manchester, when seven people contracted food poisoning in the outbreak. Buba Noodle Bar voluntarily closed on May 20 while a public health investigation is conducted. Lange, based in Bellaire, Texas, specializes in salmonella litigation.