New Hampshire-based medical device company NuLife Med disclosed a data security incident that it said impacted 81,244 individuals. According to Health IT Security, NuLife discovered the incident on March 11 and later determined that an unauthorized actor had potentially viewed or acquired information between March 9 and March 11.

As of May 9, according to the report, NuLife had found no evidence of identity theft or fraud resulting from the event, and it could not “say with certainty the exact files that were potentially accessed or acquired by the unauthorized third-party, other than a limited number.” 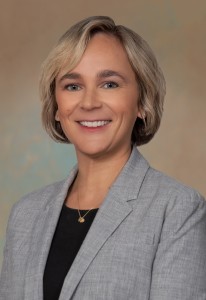 Breda, who has over a decade of legal experience,

Will work out of the firm’s Concord office. Shre represents clients charged with serious misdemeanor and felony crimes including homicide, assaults, thefts, drug offenses, driving while intoxicated, and juvenile matters. Prior to joining Shaheen & Gordon, Breda worked at the NH Public Defender.

Jason Dexter, a three-year veteran of the NH Insurance Department, has been promoted to life and health director. In his new role, he will oversee Life and Health actuarial services and analytics, administration of forms compliance, and market conduct investigations and examinations.

Dexter most recently served as administrator of life and health form compliance at the department and before that served in the Division of Risk & Benefits at the Department of Administrative Services.

NHPR’s “Civics 101” podcast has been honored with the American Bar Association‘s Silver Gavel Award for outstanding work that increases the American public’s understanding of law and the legal system. “Civics 101” was the sole winner in the radio category this year.

The winning entry was a series of ten episodes about Supreme Court decisions concerning civil rights and the right to privacy. The award honors hosts and producers Nick Capodice, and Hannah McCarthy; producer Jacqui Fulton, and the show’s former executive producer, Erika Janik.