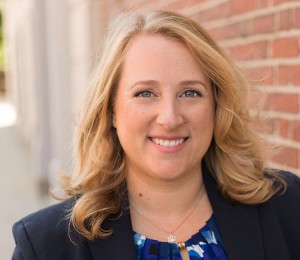 Centene Corp, the nation’s largest Medicaid managed care organization, has agreed to pay more than $21.1 million to resolve claims that it overcharged New Hampshire’s Medicaid programs for pharmacy benefit management services. New Hampshire Attorney General John Formella said the settlement came after similar investigations in other states uncovered problems with Centene, which since July has agreed to pay more than $243 million in deals with five other states. Reuters reported that Centene, represented by James Martin of Dowd Bennett, did not admit wrongdoing and did not respond to requests for comment. The company has said it is in talks with other states beyond those it has settled with, and last year set aside $1.25 billion to resolve those issues.

Lebanon-based programmatic recruitment, advertising technology and services firm Appcast, has launched its Gender Bias Decoder, what it calls an intuitive online tool designed to help hiring organizations eliminate unconscious gender bias in their job ads and develop more inclusive hiring processes. The Decoder, created by a team of linguists and data experts, detects and identifies gender-biased terms in job ads, highlights them and suggests alternative words where possible, according to Appcast. It is available for use free-of-charge.

Attorney Ryan Flatley has joined the Lebanon-based law firm Downs Rachlin Martin and will practice in the firm’s Trust and Estate group. Flatley joins DRM as of counsel after having worked as a trust and estate attorney at Thede Culpepper in Portland, Ore. DRM also has announced the transition of Alison Sherman, a senior trust and Estate planning associate, the firm’s Burlington, Vt., office.

Orr & Reno attorney Lindsay Nadeau has been named the 2022 recipient of the Philip S. Hollman Award for Gender Equality. Nadeau, who joined Orr & Reno in 2016, is a member of the firm’s litigation and governmental relations departments. She serves as chair emeritus of the NH Coalition Against Domestic and Sexual Violence and. is a member of the board of trustees of the NH Institute for Civics Education. The award will be presented at the NH Bar Association’s Midyear Meeting, Feb, 18.

Katherine J. Morneau, 2005 graduate of the UNH Franklin Pierce School of Law, has received the annual Bruce E. Friedman Pro Bono Award, presented by the school’s Warren B. Rudman Center, and 603 Legal Aid’s Pro Bono Program. The founding attorney at Morneau Law, Morneau’s practice is dedicated to “helping good people through tough times.” Her firm represents families dealing with divorce, probate, and Medicaid and estate planning. A seasoned litigator with broad experience, she has received numerous professional awards for her commitment to the New Hampshire community.

The Manchester-based law firm of McLane Middleton has announced that John E. Rich Jr. has been named to its management committee. He is a director and chair of McLane Middleton’s Tax Department and is a member of the firm’s Education, Employment and Family Law Practice Groups.

McLane Middleton also has announced that attorneys Christopher M. Dube of the firm’s Corporate Department, Whitney A. Gagnon and Caitlin G. McCurdy, both of the Trusts and Estates Department, and John F. Weaver, a member of the firm’s Real Estate Practice Group and Cybersecurity and Privacy Group, have been named directors of the firm.