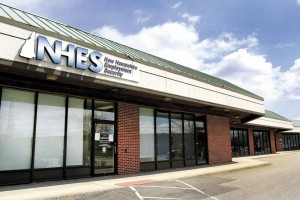 Unemployment claims in New Hampshire seemed to have jumped the last week of 2020 – a fitting way to close out an awful year or an inauspicious way to start the new one.

Some 4,106 initial unemployment claims were filed the week ending Jan. 2, an increase of 1,174, or 40%, compared to the numbers released the previous week.

But at deadline it was not clear how many of the week’s total included some people already on benefits who were reapplying because of changes in unemployment as a result of the new stimulus bill passed by the outgoing Congress.

In any case, the number of claims has been going up since mid-December, indicating that some businesses may have started shedding employees around the holidays.

Continuing claims – people who are already collecting jobless benefits – reported the week ending Dec. 26 increased to 24,203, 15% over the prior week’s total.

Those numbers reflect only state-administered claims. There were actually 39,387 Granite Staters collecting benefits in total during the week ending Dec. 26, if the more than 15,000 people collecting federally extended benefits and business owners and others receiving extraordinary Covid-related unemployment assistance.

But that was the last week they were able to collect benefits under the old law and they may have to wait a while for their first check under the new stimulus law as the state Department of Labor awaits guidance.

Nationally, jobless claims held steady. There were 787,000 new claims and 5.1 million continuing ones, slightly down from the previous week.